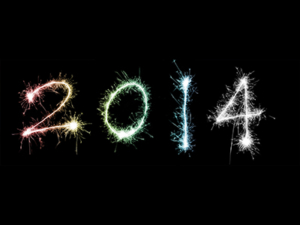 With the holidays upon us, it is beginning to look a lot like ……Groundhog Day. From a numbers perspective, this Year End Review has very little progress to report on a macro level. The number of women on boards is pretty stagnant – 17.7% in 2014, up from 16.6% in 2013 to be exact in the Fortune 1000. The FTSE board seats for women are up slightly to 23%. Outside of the big firms, the Gender Diversity Index is helping track progress in smaller firms and to understand the gains from specific industries which is helpful but doesn’t provide a real wow factor this year there either.

The headlines of averages of 15% and 19% disguise a wide range of gender diversity between the different sectors in New Financial’s sample. The range is in fact large with female representation on executive committees lowest at 8% for investment banks and rising to 28% for trade bodies. A deeper view of data from the register of the Financial Conduct Authority shows that for the most male dominated sectors (investment banks, private equity and hedge funds), the proportion of women decreases rapidly at higher levels of management.

Overall, the statistics suggest that if you are holding your breath for hitting any of the proposed targets organically in the US, UK or anywhere else in the next ten years, which range with the most ambitious target being the EU’s 40%, then you are going to suffocate. Catalyst keeps tabs on where each country is currently at with progress. Those who say that this is a generational change matter may be waiting for several generations to see the change that they think is coming around the corner. And even then there is no evidence to say that the change is certain.

What can you do to ensure change happens on your watch?

Sheryl Sandberg and Adam Grant wrote a compelling piece in the New York Times earlier this month which reiterates something that I have been telling companies for several years. I saw it first hand in a year long “lab” I participated in at Columbia University. Sometimes making people aware that they have bias actually can reinforce their sexism, racism, and homophobia if the exercise stops there.

The experiment that I was involved with was fascinating. More than one of the “good” guys talked the talk, but consistently hired and chose men in pretend and real life business projects. More than one woman ensured that she gave the leader role to a white man and then was seen to be doing the work for him in some shape or form. Apart from around a quarter of the group, the rest blatantly denied the discussion of the effects of diversity in a learning environment set up to talk about organizational issues. This was a free will project and we all went in as apparent equals.

Human behavior is always rationalized so that we can be comfortable with who we are as individuals and remain confident that we are the ‘good guys.’ This is then reinforced by group benchmarks that help us feel that whatever we are doing or not doing is within the range of acceptable.

That means all of us- both men and women as I discussed back in June-, hold stereotypes ubiquitously. So this is not a man versus woman subject or a white versus black issue. In fact, engaging men (such as the event we are having in February 2015) who understand the nuance of this work and are emotionally and intellectually engaged in being champions and allies to women is so much more powerful to the change process than we can imagine. Also worth noting is that there is a certain type of woman who will protect the status quo of traditional power structures much harder than any man could ever want to. And so finding the progressive people in both sexes to lead change is the name of the game. As Machiavelli observed; change has no constituency and the minority often have a bigger stake in preserving the status quo and their place in it, than the majority has in providing an alternative.

In real life, I have several friends whom I love dearly but hate the fact that despite deep awareness and conversations about equality, they continue to feed into and even reinforce gender stereotypes in front of their children. These children will inevitably be burdened with deep gender programming and may even face similar systemic barriers in a few years when they too join the workforce, thanks in part to the continued gendered ideas that their very mothers cling too. Walk the talk. If you cannot do that, then understand you are part of the problem, not the solution. The same mentality can be applied to racism. Very few people are overtly sexist or racist these days, but that doesn’t mean that behaviorally they aren’t showing patterns that favor the same old way of doings things. Challenge your assumptions and as Laura Liswood says in her book the Loudest Duck, which I teach college students from, “Tell your grandma to go home” because we carry our learning with us and we label them ‘values’ when sometimes they are not valuable at all to us or to society at large.

Beyond the individual- systemic change

Despite a lot of talk from companies and some valiant efforts, why are we not seeing change at a rate that would be acceptable for any other change project?

Back in 2011, I penned the 2000th article for theglasshammer.com stating that organizational culture and subsequent deep organizational development work is the key to seeing real change. Taking it seriously and making it integral to the business strategy and then resourcing the program as any other change program is crucial.

I enjoy the irony around the fact that systemic change in diversity is allocated to a handful of diverse employees only. These are blessed souls tirelessly working on your behalf, may I add. However, we then wonder why a women’s network and the HR/diversity department doesn’t and won’t be able to achieve culture change on their own. The answer is simple, and that is the culture carriers sit elsewhere in the organization.

To achieve culture change, all players in the culture have to be involved. This is not about doing an employee survey to see if everyone is happy. So few people will write that they are not and as the barometer of how well people are implementing change initiatives in companies it is the final stage not the start point.

“Most people will shift their thinking only after new behaviors have led to results that matter—and thereby been validated.” as articulated wonderfully by Jon R. Katzenbach a founder and co-leader of the Katzenbach Center at Booz & Company in a recent HBR article.

Nobody said behavior change was easy, but you have to incentivize it, normalize it when you achieve it, and penalize it when it goes off track. Remember, when we smoked on airplanes? A training session on awareness of being a smoker wouldn’t have fixed that either.

By Nicki Gilmour, Founder and CEO of The Glass Hammer