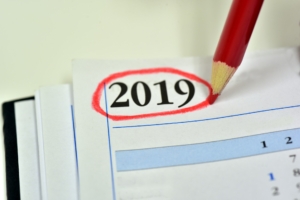 The headline for rounding up this decade is simple: doing the same thing over and over again is the very definition of madness.

Neuroscience and behavioral science have the answers to the (lack) of gender equity issue. The questions are, do people want the answer? And are they prepared to what it takes to get there? The term “the glass ceiling” was coined 41 years ago by Marilyn Loden who argued that the “the ‘invisible glass ceiling’ – the barriers to advancement that were cultural not personal – was doing the bulk of the damage to women’s career aspirations and opportunities.”

To that point, 41 years later, companies are still doing one thing wrong when addressing the issue of gender. What is this core truth? It is written concisely in the London School of Economics editorial in Forbes and is as simple as this: we focus too much on the role of the individual in perpetuating or solving these issues. Resulting in blaming men and burdening women.

Why is progress so slow? The decade in review

First of all, progress is slow. The decade started with a flurry of great research from Catalyst and Sylvia Ann Hewlett offering strong answers like sponsorship over mentorship and increased pipeline attention for women in crucial moments. This was good work, helpful and even hopeful but lacked the much needed shift of work from individuals to systemic answers despite knocking on that door. Progress was derailed in my opinion by 2013 by the unwitting false prophecy of “Lean In” with a misleading mantra which distracted leaders and diversity people from the real work as this false single fix was what people wanted to hear. More work for the women, everything else untouched. This is a prevalent theme with employee networks and training courses this entire decade. The most recent episode in the news was the EY training asking women to act nicely around men course leak which someone finally recognized as worth a whistleblow.

Even “Lean In” has the conclusion in 2019 that the sane academics and theglasshammer have been suggesting all the while, which is that you do what you have to do to get the system to lean in as well in order to truly succeed. The book was useful as it sparked the beginning of the discussion around privilege, and Ann Marie Slaughter’s counter piece on the system was a way to introduce what systemic barriers meant for people entering the discussion. Sandberg’s later work with Adam Grant on was excellent as we know she personally did the work but the people who made her the poster child only heard the message of “its on the women to do more”. The brightest spots for me in this era of 2013-2018 were Herminia Ibarra’s Act Like a Leader, Think Like a Leader with act-first-internalize-later theory but in conjunction with the inside-out approach of challenge – whose beliefs you are running around with? – of Kegan and Lahey’s work Immunity to Change. Finally, there is Cordelia Fine’s book called Testosterone Rex stating that behavioral differences are cultural, not biologically natural, to debunk the faux brain science of the two thousand and mid-teens. I won’t name names, but even if you believe men are from Mars and women are from Venus (which I don’t), we are all conditioned by earthly norms developed from  cultural (societal and inside whichever family you lived) messaging.

The World Economic Forum at Davos in 2018 proclaimed in their “Global Gender Gap Report” that at this rate it will take between 106 and 400 years to achieve gender equity. The US is ranked 51 in the global index, which includes economic participation, heath and survival, education and political (legal) empowerment. Iceland is ranked number one, with the Nordics filling the top four spots of getting there and UK sitting at number 15 in this global study. Guess what? Strong social fabric with less machismo, a safety net and laws that protect women seem to matter for gender equity. What we can learn from this report is that legal and policy support is fundamental to a gender equal society. The Equal Rights Amendment was still not ratified in the USA this decade, so women are technically not legally equal to men. Worth watching the documentary Equal means equal.

Yes, but only to the extent to which people can dissect their feelings around their thoughts. If someone has a strong belief system (say the implicit patriarchy and its schema of how society is constructed and run with normed and formed gender roles in this case of “diversity”) then it is harder for them to have attitudinal switches. However, if people have no feelings or the switch supports their feelings (and arousal such as fear is a common feeling) they are very easy to change their minds. Change in the status quo terrifies most people.

Also, we tend to have fixed ideas on the way it is and the “who is it.” This shows up as stereotypes, positive and negative, as we often forget how we naturally authorize men and deauthorize women all day long – and both sexes do it. We have written about how people hold stereotypes ubiquitously as many women have so much internalized sexism that they enjoy a massive benefit-of-the-doubt exercise on talent and competence as much as the next guy. Just this week Michelle Obama talked about not being so quick to defer and to resist a man’s presumption of power. Interestingly, if you read social media or onlne newsletter’s comment boxes, after a statement like this, someone (it is inevitable) says not all men, defensively of men, or worse, something personally dismissive (subconsciously racist) about Michelle Obama as a person. Observe your feelings and reactions as it is exactly this type of cognitive awareness that enables us to make choices such as language and nomination of the most talented person and get away from the binary of good or bad categorization that prevents you from uncovering biases and preferences. I mean literally Boris Johnson, said and did everything Theresa May had already done, but society and history will never remember that. This happens to women in meetings all day long.

It is not a battle of the sexes as that is a race to the bottom and we lose so much by generalizing all women or all men. Working on where cognitive process meets social conditioning is what the future of diversity needs, not HR compliance work on drinks parties or even panels (we have stopped holding them and ours were pretty groundbreaking). It is not Noah’s Ark with two of everyone and even if it was that, we have failed there too to gain real parity and have created all the wrong conversations.

It is costing everyone money by not changing. Possibly you personally. Practice forgiveness starting with yourself because we are all on a journey to evolve ourselves, our teams and society at large.

Awareness first, then doing the work to understand the very unique ways that each person needs to make the behavioral changes that creates success, sustainability and happiness is what we help leading women ( and men) in financial services and Fortune 1000 companies do with our coaching work. If you want to book a complimentary chemistry call with me to discuss if coaching could help you in 2020, book here.

We wish the readers of theglasshammer a happy and safe festive season. See you in January.