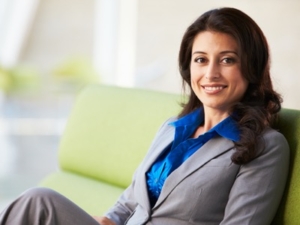 As U.S. corporate boardroom diversity continues to fail desperately at reflecting the country’s rapidly shifting consumer power base, the question is no longer whether there are enough Hispanic or Latino/a leaders in the candidate pool to fuel diversity in the years to come.

But rather, how do companies redefine the candidate sphere to achieve greater diversity now?  The real issue is that Corporate America doesn’t need a few more Hispanic faces trickling into the boardroom.

It urgently needs a boardroom selection strategy that is focused on magnetizing and magnifying diversity as the primary imperative to business.

More than 1 in 6 Americans claim Hispanic origin. As written in The Huffington Post, “The shifting demographics in America are an eminent reality.” By 2044, the U.S. will be a majority-minority nation according to U.S. Census Data, as “minorities drive 100% of population growth.”

“The Hispanic Imperative” report by Korn Ferry pointed out some compelling statistics on consumer spending power. Hispanic families were responsible for 51% of homes purchased in 2015. They also drove 73% of Toyota’s 2015 U.S. sales growth. Hispanic buying power was estimated at $1.4 trillion in 2016, more than Mexico’s gross domestic product and bigger than the economies of all but 14 countries.

“Hispanics are the new mainstream consumer, and if you’re not addressing them, you’re not going to be in business,” said international business executive Sol Trujillo, putting them above Millennials in purchase power.

Latino entrepreneurs began 86% of new businesses across 2007-2012, with Latinas leading the charge. According to the 2016 State of Women-Owned Business Report, the number of Latina owned firms skyrocketed by 137% vs. 45% for all women between 2007 and 2016, with Hispanic-owned companies growing at a rate 15 times more than all other firms according to the U.S. Hispanic Chamber of Commerce.

Meanwhile, a lack of access to capital and resources hinders the massive economic revenue boost these new businesses could represent. Latina business owners earn on average 36 cents to the dollar versus their non-minority female counterparts, meaning $172 billion in untapped potential.

Cid Wilson, President and CEO at HACR, writes, “Given the demographic and economic clout of our community, the absence of Hispanics in the boardrooms of Fortune 500 companies continues to be a missed opportunity for long-term growth and market dominance.”

In a gross underrepresentation relative to population and contribution to economic growth, “Hispanics represent barely more than 2% of directors of boards of Fortune 1000 companies,” per the Korn Ferry report.

“The Missing Pieces Report” showed that among Fortune 500 companies, Hispanics/Latino/a held a total of 3.5% of board seats in 2016, and Hispanic men gained 8 seats between 2012 and 2016 while Hispanic women lost two.

Among Fortune 100 companies only, Hispanics/Latino/a held 4.5% of board seats, with men losing 2 seats and women gaining 4.

Diversity is greater among Fortune 100 companies, with women and minorities holding 35.9% of board seats, compared to 30.8% in the Fortune 500. There are also small but significant signs of progress in new appointments.

After Heidrick & Struggles 2016 Board Monitor (which measures composition, experience, turnover and diversity) documented a seven year plateau for Hispanic new board appointments among Fortune 500 firms, their Board Monitor 2017: Is Diversity At an Impasse? report revealed an all-time Hispanic high of 6.4% of new appointments in 2016, up from 4% in 2015, where it’s lingered for years. 59% of these appointments were to consumer boards where Hispanics took 12% of available seats.

While a 60% year on year increase, it comes after a seven year flat and builds on a small base relative to nearly 18% representation in the population. It also comes with the first backwards slide on female representation since the report began, dropping 2 percentage points to 27.8%, ending a seven-year run of small annual gains, and causing Heidrick & Struggles to once again push back their predicted date for 50% women representation in the boardroom to 2032 (pushed back last year from 2026, and previously from 2024.)

Why The Candidate Pool Approach Is Broken

“Unfortunately, U.S. companies have a long way to go to achieve diversity in their boardrooms and their executive ranks,” said Deborah Gillis, president and CEO, Catalyst. “Progress is glacially slow and boardrooms don’t look anything like the customers and stakeholders they serve and represent. It takes intentional, bold action to accelerate meaningful change.”

Boards continue to pull from the usual suspects for new appointments – the opposite of intentional, bold action – which in turn keeps diversity influx low and slow by default, since most of these suspects are non-minority men. But every single opportunity to choose diversity matters.

“There is less director turnover than people think,” said Antonio Garza, former US Ambassador to Mexico, in response to the Korn Ferry report. “Boards must recognize that they will have a limited number of opportunities to diversify their composition.”

According to the Heidrick & Struggles report, new board appointments pooled from current and former CEOs and CFOs dropped a bit from 73% in 2015 (a high) to 66% in 2016, but still make up the vast majority. Nearly 75% of appointments had previous board experience.

“Boards need to be responsive to shareholders; that’s the traditional view,” said Gerry Lopez, CEO and President of Extended Stay America in the Korn Ferry report. “But they must also be attentive to all sorts of other stakeholders, which means, depending on the business that you’re in, employees, customers, regulators, other in influencers, and the population at large.”

Shareholders are no longer the only stakeholders and the population is broadening, which means broadening the boardroom selection process.

“Boards that are seeking to broaden their capacities may will be considering candidates from sectors far from their enterprises,” according to Latino Leaders. “If nominating committees narrow their searches too early, fail to reach out in appropriate ways to both rising and established but unfamiliar talent, and elect to limit interviews to too few aspirants, organizations can miss out on opportunities to make their boards deeper and more inclusive.”

In short, selection committees needs to look beyond the traditionally deemed boardroom ready CEOs and CFOs candidates. Boardrooms need to be accountable for diversity itself and abandon the idea that the best directors come from one predictable background.

“While great boards should have CEO as members, there are other strong skill-sets and experiences that can be found in those holding other senior positions, such as chief marketing officers, chief hr officers and chief finance officers that really enrich the board conversation,”Bonnie Gwin, vice-chairman and co-managing partner of the global CEO and board practice at Heidrick & Struggles, told Forbes. “In those roles, you will find more diversity and therefore more diverse options for the boardroom.”

“…farsighted boards have moved beyond viewing those backgrounds as the sole gateway and are looking to other skills that will add value in the boardroom,” said Garza in the Korn Ferry report. “The bottom line is that it takes real planning on the part of the board in order to use their opportunities wisely, and then the vision to commit to looking beyond traditional notions of who should be in the room.”

It’s official when it comes to Hispanic and Latino/a growth. Diversity itself has become a high stake matter (amidst diverse stakeholders) for U.S. boardrooms.