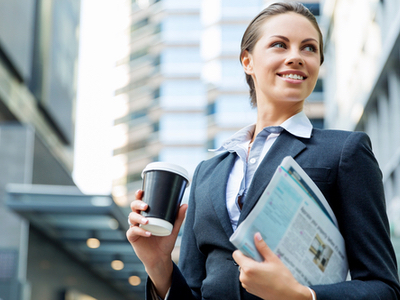 What does it really take for women leaders to make it to the top in the business world? Over the past 20 years, we’ve compiled the world’s largest database of testing results on emotional intelligence—approximately 2 million people worldwide. The Emotional Quotients Inventory (EQ-i 2.0) is the first and most widely used emotional intelligence test in the world. One of the areas we look at is the relationship between emotional intelligence and success at work. In addition, we’ve looked at the role gender plays in how these emotional skills are expressed.

In the early days of reporting on my organization’s emotional intelligence and organizational success research, I was challenged by a number of businesswomen. They told me that to be successful in the male corporate environment, such as in financial institutions and the tech industry, it was important to be tough. They thought that they had to be tougher than the men in order to succeed. Being aggressive, they said, was rewarded and the way to get ahead.

I thought differently. I suggested that women were generally better in interpersonal skills, empathy and emotional expression, and they should leverage these skills. While the traditionally male-dominant traits of stress tolerance, independence and using appropriate emotions in solving problems were important qualities for leaders, women’s skills in these areas did not lag behind the men’s. And to get ahead of the curve in leadership, the skills women already excelled in were the ones to focus on improving even more.

Women are moving the needle on defining leadership traits

One of our current research samples includes 280 executives who are about to be or are currently on boards of directors. These high-level executives, most of whom have worked their way up the organizational ladder, have acquired the skills one needs to make it to the top. The sample shows that women have essentially closed the gap in the areas where men traditionally score higher—independence, stress tolerance and problem solving. They have had to deal with stress throughout their careers and, at this stage, are more balanced in dealing with difficult situations. Also, they’ve been at a decision-making level for a significant amount of time and can manage the decision-making process well.

But the data also shows that women who make it to the level of senior executives moving onto boards bring some extra skills with them to the boardroom. These women outscore their male counterparts in emotional self-awareness, emotional expression and empathy. These skills have now emerged as defining future leaders.

What difference does it make having females on the board of directors?  The New York Times reported on a study by Credit Suisse looking at gender differences of board members. They examined almost 2,400 global corporations from 2005 to 2011, including the years directly preceding and following the financial crisis, and found that large-cap companies with at least one woman on their boards outperformed comparable companies with all-male boards by 26 percent.

The report continued, “Some might assume that there was a cost to this as well, that boards with women must have been excessively cautious before the financial crisis of 2008… Not so. From 2005 to 2007, Credit Suisse also found, the stock performance of companies with women on their boards essentially matched performance of companies with all-male boards. Nothing lost, but much gained.” Unfortunately, the number of women getting to the boardroom is still much lower than men.

Whatever your emotional intelligence strengths, you can develop and enhance the three specific traits exhibited strongly by women in leadership roles.

Steven Stein, Ph.D., is a leading expert on psychological assessment and emotional intelligence. He is the founder and CEO of Multi-Health Systems, a leading publisher of scientifically validated assessments. Dr. Steven Stein is the author and coauthor of several books on emotional intelligence, including his new book, The EQ Leader: Instilling Passion, Creating Shared Goals, and Building Meaningful Organizations through Emotional Intelligence

Disclaimer: The views and advice given by our Guest contributors are not necessarily those of theglasshammer.com