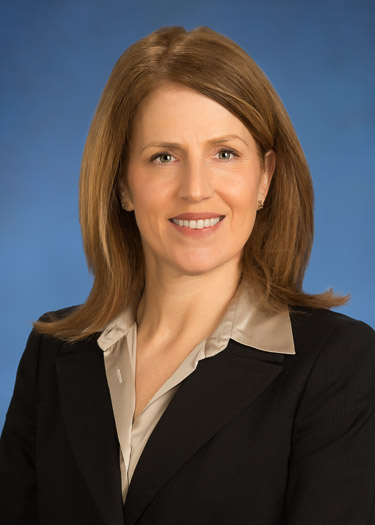 “When you work with a group of intelligent and diverse people there are bound to be those who disagree with your opinion, but that doesn’t mean that you shouldn’t speak up,” says Goldman Sachs’ Amanda Rubin.

When first beginning a new position, she recommends focusing on excelling in the fundamentals of your role.  But once you have mastered some of your tasks, Rubin advocates communicating your opinions with confidence. “Sharing a thoughtful opinion backed by good judgment and facts will allow you to differentiate yourself and move forward in a meaningful way,” she says.

As your career progresses, Rubin advises that you are responsible for harvesting talent, and this means allowing junior members on your team to express their points of view: “Remember that your team is looking at you and your actions – from how you treat people and encourage them to be involved in the dialogue to how you engage in your day-to-day activities.”

An Evolving Industry, Ripe For Disruption

After earning her BA in Political Science from Emory University and an MBA from The George Washington School of Government and Business Administration, Rubin dove into the advertising world. She earned positions at top agencies such as Chiat Day, Ogilvy & Mather and DDB Needham Worldwide, where her MBA made her a perfect match with industry-leading financial services clients.

Building on her robust background working with clients in the space, Rubin joined Goldman Sachs’ Brand Marketing and Digital Strategy Group in the late 1990s, eager to parlay her experience into helping to establish the firm’s marketing department. At the time, the firm was just beginning to enhance its external communication efforts as it built its brand in advance of its initial public offering. In support of these efforts, Rubin helped launch Goldman Sachs’ first public website; developed a series of advertising campaigns designed to position Goldman Sachs competitively; and created recruitment marketing materials to further cement the firm as an employer of choice globally.

Almost a decade later as the financial crisis began, Rubin and the team had to evolve their strategy as the firm made a conscious effort to combat an increasingly negative narrative in traditional and social media. “We realized that a lot of people didn’t know what Goldman Sachs does, so we began to actively engage the public in our communication efforts,” she explains.  Previously Goldman Sachs had only targeted a limited set of stakeholders with its marketing outreach, but the crisis became a pivot point in her career as this set of constituents broadened and changed.

“While our approach may be different from other financial services firms who have more of a retail presence, our goal is the same: to demonstrate transparency and share the firm’s purpose and mission.”

Creating her team is the professional achievement Rubin is most proud of to date.  “When I look across the floor and see this talented group of people who are making an impact, it’s gratifying to consider the important role we are playing in shaping the firm’s narrative and explaining the role of Goldman Sachs in the economy and markets.  I am proud of what the team has accomplished and the profile we have earned for the firm.”

As Goldman Sachs has begun its foray into the retail space by taking deposits and making loans, her team has been working closely with the consumer group as they look at new ways to engage and leverage what she describes as “the most innovative toolkit available.”  From Facebook to Twitter, they are constantly seeking new ways to introduce Goldman Sachs’ thinking and expertise to new channels and audiences.

This focus is more important than ever given the general disruption surrounding the intersection of advertising, media and brands.  Previously, each was a separate pillar: a brand would depend on agencies to develop content, which media companies would then distribute.  Now, as brands have the ability to be publishers of content, it allows them to directly share insights with their audience.  “Lines will continue to be blurred, which creates opportunities to establish our own thought leadership platform, distribute content efficiently and partner with new entities,” Rubin says.

One reason Rubin has been able to thrive during this time of disruption in the traditional marketing environment is her enjoyment of continuous learning.

“It’s not possible to keep up with changes in this industry if you’re not willing to continuously learn and ask questions, which can be uncomfortable at times,” she acknowledges.  However, she believes being intellectually curious and leveraging talented people is a strength.

In addition to staying abreast of industry changes, Rubin advises that networking is also vital to success in the space.  “That’s the only way you can expand your day-to-day world and contribute in a valuable way to people beyond your immediate sphere,” she says.

An advocate for more formal networking involvement as well, Rubin served as co-chair of the Legal, Compliance, Internal Audit and Executive Office Women’s Network from 2010 to 2014.

“One of the greatest things about Goldman Sachs is our people, and you have a unique opportunity while working here to connect with and learn from a group of incredibly intelligent and accomplished individuals,” she says.

“My kids see me experience highs and lows; they see me working hard and succeeding, but they also see me face challenges, dust myself off and go back to work the next day. I am grateful that work provides me with a platform to teach them these life lessons.”