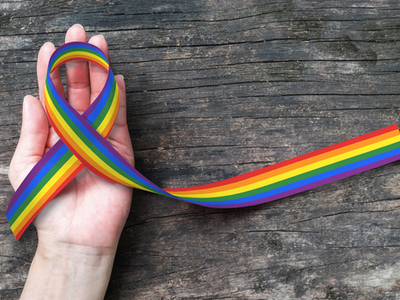 With civil liberties at risk, companies have become the unexpected heavy-hitting champions of LGBTQ rights.

During Pride Month, theglasshammer often focuses on advocating for equality within corporations, but companies are increasingly playing a powerful role in driving equality within broader society.

Companies are proving to be the most powerful adopters of LGBTQ rights, while defending those rights on a state and federal level.

This sets up an odd paradox when it comes to protecting the rights of LGBTQ workers: government leans out while companies lean in.

Denying LGBTQ rights remains as emotive fodder on the political table, when it comes to appealing to voters and appeasing constituents on the religious right.

While most voters overwhelmingly support a federal LGBT-non discrimination bill (protecting gender identity and sexual orientation), no federal law protects LGBTQ workers against discrimination. It’s legal in 28 states to fire an employee for being gay.

Summing up Trump’s first 100 days, NBC recently wrote, “when it comes to LGBTQ discourse, his impact has been as loud as an air raid siren.” Gender identity and sexual orientation references have been erased from White House and State Department websites, a national survey and the 2020 U.S. Census.

In late March, as Rolling Stone put it, “Trump Quietly Went After LGBT Workers” by revoking the Obama-era Fair Pay and Safe Workplaces executive order, which required those companies doing business with the federal government to prove their compliance with federal laws and executive orders (such as the complementary order on LGBT protections, also signed in by Obama).

The repeal by the Trump administration displaced the burden of adherence from companies to LGBTQ people, creating a loophole around protections and conveying the message that the Trump government is indifferent to them.

A draft “license to discriminate” Trump executive order was leaked that induced fear across the community. The order would have effectively endorsed broad discrimination against the LGBTQ community on everything ranging from social services to healthcare to education to jobs, based upon religious reasons – likely violating the First Amendment.

While the White House denied the leaked order and backed away from the overt discrimination, Trump’s “Religious Liberty” order increased the latitude with which religious organizations can publicly favor or oppose candidates while remaining tax-exempt (a unilateral undermining of the Johnson Amendment), directed government to “to vigorously enforce Federal law’s robust protections for religious freedom,” and directed federal agencies to consider exempting some religious groups from providing birth control to employees and staff.

The light in this legislative tunnel is that a federal appeals court in Chicago ruled that companies cannot discriminate against LGBT employees, one interpretation of the 1964 Civil Rights Act that may make its way to the Supreme Court.

517 businesses earned the CEI’s top score of 100, a 25% jump within a single year and “the largest jump in the 15-year history of the nation’s premiere benchmarking tool for LGBT workplace equality.”

HRC notes that companies with non-discrimination protections for gender identity has increased from 3% (in 2002) among the Fortune 500 companies to 82% (including Walmart), showing commitment to protecting transgender workers.

This year, the report also expanded benchmarks to include global policies, and now 92% of CEI-rated companies “include both sexual orientation and gender identity non-discrimination protections that apply to workers domestically and internationally.”

As written in Quartz, “Businesses are becoming increasingly invested in LGBT rights and diversifying their workforce because, as Out Leadership’s managing director Stephanie Sandberg says, ‘their competitive edge depends on it.’”

Business sustainability is interlinked with employee equality. “Big business was way out ahead of government when it came to creating domestic partner benefits for their teams—and they remain way out in front when it comes to non-discrimination policies,” noted Todd Sears, founder of Out Leadership.

Multinational companies are not only poised, but increasingly called upon, to lead the LGBT equality revolution, arguably because it benefits them to do so.

“Corporate America has risen to the top in terms of being a high-impact influencer” on LGBT rights, said Deena Fidas, Director of HRC’s Workplace Equality Program. “We have corporations going on the record at the federal level, at the judicial level and certainly at the state level speaking out against what we would call anti-LGBT bills.”

“Big businesses are positioned to drive equality because, again, a state-based patchwork of laws that impact their ability to attract, retain, and support all of their employees is ultimately bad for business.”

“Laws that prevent LGBT equality across many state and country borders impose a significant burden on these companies and harm their ability to attract and retain the best employees,” echoed Selisse Berry, CEO and founder of Out & Equal Workplace Advocates, and Ken Janssens in Newsweek. “That’s why multinational firms must speak out for equal rights wherever they do business.”

At the International Business and Human Rights Conference in April, Netherlands Minister for Foreign Trade and Development Cooperation, Lilianne Ploumen, noted international companies taking up the mantle of corporate human rights defenders, and urged more to do so.

“Going beyond human rights in your own value chain is the next frontier in business and human rights,” she added, citing the examples of corporate advocacy in North Carolina and Georgia as ready evidence of the need even in ‘developed’ countries. “Companies that are not just concerned with their own value chains, but are willing to advocate for human rights more broadly. Both because they believe it’s the right thing to do and because they know their customers expect no less of them.”

Ploumen pointed out that multinational companies hold unique and powerful leverage when it comes to advocating civil rights because states and countries want their business, echoing a Davos 2016 discussion. Companies must impress, she said, that “legal certainty for companies and human rights for citizens go hand in hand.”

“You too can join the ranks of the corporate human rights defenders. Because you know that, in the end, respecting human rights pays off. I know that’s what you want. And you know it’s what your customers and shareholders want – even if some of them don’t know it yet. So don’t just do no harm. Do good.”