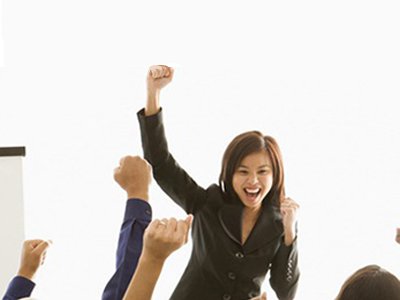 With the recent International Women’s Day 2019 mantra being #Balanceforbetter, we have proof that giving less of yourself at work could be the best move for you and your career.

Being overly conscientious and accommodating in your work approach – which women are far more likely to be – may diffuse your energy and impact, without helping you advance in the office.

Overcoming the compulsion to overwork is about more than being mentally strategic and discerning with the work you do, though changing behaviors can change beliefs. The hardest part of choosing not to do too much may be riding through the emotional discomfort of not being as overly conscientious as you’re used to.

As girls and women, we’ve come to believe we have to work very hard not even to get ahead, but just to stay safe.

What did we really learn as girls at school?

“What if those same habits that propel girls to the top of their class — their hyper-conscientiousness about schoolwork — also hold them back in the work force?” writes Dr. Lisa Damour in the New York Times.

At school age, girls have the edge on performance and they also work harder, have greater discipline and perform better. Damour finds that girls are more likely to grind away and to leave as little as possible room for error. Anecdotally, it’s observed that boys are more likely to up their game if something slips, while girls are less likely to allow the possibility of slippage, holding the energy of maximum effort.

Part of this is encouraging girls to acknowledge how much they already know and then where to focus their mastery building, as opposed to only building up capacity for work. The confidence gap and stress gap between genders is only widened when girls and women put disproportionate stock in their ability to work extra hard, as opposed to their innate abilities to deliver good results.

We think we have to work harder (and we do) at work.

A study designed to monitor the impact of privacy filters on productivity at 3M also verified the suspicion that women employees work harder. “During a ten minute experimental trial, female employees worked longer without (2.5 minutes vs 2.1 minutes) or with (4.9 minutes vs 4.3 minutes) a privacy filter. 52 percent of male workers walked away during a waiting period while only 38 present of women did.

Across three decades of studies, professional women in both Britain and the United States are also significantly more likely than male peers to agree to the statement “My job requires that I work very hard.”

“Between a man and a woman who hold the same job, shoulder the same burdens at home and have the same education and skills, the woman is likely to feel she must work harder,“ said co-researcher and sociologist Elizabeth Gorman.

The researchers speculate that “the association between gender and reported required work effort is best interpreted as reflecting stricter performance standards imposed on women, even when women and men hold the same jobs.”

Being too conscientious adds up to emotional exhaustion.

Women tend to experience more stress in the workplace – and a UK survey found up to 67% higher stress levels for women between 34 and 44 compared to men.

Research on organizational citizenship behavior (OCB) explored five types of behavior for impact on individual well-being: “altruism (helping a colleague), conscientiousness (going beyond the minimum), civic virtue (involvement in the organisation), courtesy (avoiding work-related problems with others) and sportsmanship (tolerating inconveniences and impositions of work).”

The research showed that employees who regularly put in hours and effort beyond the call of duty experience more emotional exhaustion and work-family conflict – especially for those who carry out responsibilities at a high level.

The study also found “employees who already performed well in their job and had a high level of conscientiousness also suffered significantly higher emotional exhaustion and work-family conflict. Those who exerted greater effort in their work and family roles, with a general sense of not wanting to let people down, found they had little left in reserve, increasing the challenges of balancing work with a healthy family life.”

Doing well at work, not surprisingly, leads to more work: “Managers are prone to delegate more tasks and responsibilities to conscientious employees who are likely to try to maintain consistently high levels of output.”

If you get hooked to hyper-conscientiousness as your success card, you’ll feel you have to keep it going, even when it grows.

What if we just cared less?

Beyond the external demands, clinical psychologist Dr Jessamy Hibberd, co-author of This Book Will Make You Calm, notes the internal demands that we create for ourselves on top of external demands. “These are the pressures you place on yourself,” Hibberd told The Guardian. “For example, checking and rechecking work, spending too long on each task, taking work home and setting excessively high standards.”

As Lauren Bravo writes in the same piece, “As promising students we were told ‘aim high! Join in! You can do anything!’ – but nobody thought to mention we could also aim lower, opt out or do exactly what our pay cheque required and no more.”

“The happiest people at work seem to be the ones who don’t care as much,” writes Bravo, “they might just be on to something.”

How do to less and more.

University of California, Berkeley professor and author of Great at Work, says our approach to work is “broken.” He said to Forbes, “We pursue a paradigm of ‘more is better’ — but more hours doesn’t lead to better performance. And it leads to worse work/life balance.’”

From a survey on what really drives performance, Hansen found some secrets behind doing less to create more impact:

Do Fewer Things: Top performers are very selective in what they do and don’t scatter their efforts too much across too many tasks or too many meetings. Hansen says, “It’s counterintuitive. It’s not how much you can get done in a day, but how few things you have to do in order to excel.”

Sarah Knight, author of “The Life Changing Magic of Not Giving a F**k,” encourages us to declutter our mind and care less. She also suggests ditching corporate formalities like conference calls, when the time can be used more productively.

Push Back: If you’re asked to stretch yourself across too many things, Hansen suggests pushing for prioritization. “Say: ‘You asked me to do two things last week and now you’re asking for a third. Which should I prioritize? I can do all three, but it won’t be high-quality work.’ You’re not saying ‘I don’t want to do it.’ This requires some courage and tact.” Another tip: Say no to additional responsibilities with low visibility that won’t truly advance you.

Women have been devalued in the workplace. You can stop devaluing yourself by finding ways to trim away the work that’s draining your energy more than its advancing you towards your own career desires.

Aimee Hansen is a writer here at theglasshammer.com.