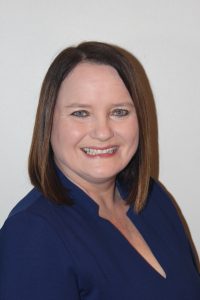 Having served in customer-facing roles for more than 20 years, WEX’s Clare Murphy has learned an important truth.

“Most people believe the customer has to come first, but I’ve found that the key is to get the team dynamic right first instead. If you have that, they will naturally put the customers at the center, and you have a win/win.”

And, she adds, a key component of building that team rapport is collaborating to find out how you can be a better manager. “Ask them for feedback on an ongoing basis so you can fine-tune your own performance,” she recommends.

Collaboration is the key to success

Murphy ran her own consultancy for seven years buying corporate travel, and became curious why there was a general lack of innovation in the payments sphere, despite existing options such as payment cards. So when she was approached by Travelport where she had previously worked, she jumped at the chance to help with its newly formed payment division. As only the second hire, she helped build its capabilities from the ground up, helping set up the office and spearheading major bids.

About two years into her tenure there, WEX approached her with an appealing role as commercial director, where she’s now been a year. For Murphy, it’s the perfect intersection of the travel and tech/payment industries that she knows will continue to provide exciting developments. “We have such a fantastic opportunity to make the payment experience more simple and efficient for our customers, and it’s exciting to be on the front line,” she says.

Over the past year she has helped lead the transformation of WEX’s commercial team in Europe, and she has been delighted to see the evidence of their efforts in living the WEX values, specifically related to integrity, she says, adding that their recent appointment to the “Great Place to Work” list reinforces they are on the right track.

Rising With the Support of Others

Over the course of her career, Murphy knows she has been fortunate to have worked with senior leaders who were invested in her career, and assisted with the opportunities and networking that would allow her to move to the next level. And she was fortunate to have a mentor in former supervisor Elaine Halt, whose gravitas and ability to help teams coalesce around a goal was particularly inspirational. “When she left, we were all devastated, but I still keep in touch with her. Even though I haven’t worked with her in 15 years, I still see her regularly and appreciate her counsel and feedback that has helped me throughout my career,” Murphy says.

In her position at the cross section of travel and payments, she has become a part of a number of industry groups that have strengthen and motivated her professional development, including; Women in Payments, the Emerging Payments Association, Women in Fintech and Women Travel Executives. Not only does Murphy see personally benefit, but she makes sure that her female and male colleagues do too. She regularly invites junior team members to sessions, giving them experience and exposure to the great work these groups offer.

Balance Leads to a Full Life

Over the years, Murphy has realized the importance of not letting yourself get caught up in the day-to-day struggle of determining what is and isn’t urgent. She has learned to take a long-term view to find time to focus on things that are important, but not necessarily urgent, such as professional development and networking. That helps her find a good balance where she calendars those in, and treats them as equally important to other items on her to-do list.

And of course, her top priority remains her family – her husband and two children. As an “extreme sports” family, they take time to build bonds by skiing and scuba diving, having just returned from a trip to Cancun.

They also work together to fundraise for the Bone Cancer Research Trust, and have raised more than £2,000 while continuing to do charity events in support. Her daughter even donated her hair to charity. While she is proud of the money they have raised, there has been another important byproduct that comes from having her children see her ask for money and instilling a sense of philanthropic interest.

In addition, Murphy has been on the Board of Governors for her children’s school for eight years, overseeing strategy and curriculum. “It’s been a pleasure to see the school flourish, and I look forward to returning to even more volunteering when my career is less busy,” she says.