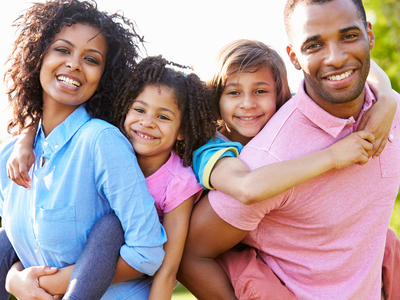 Most millennials, particularly those that are highly educated, see an egalitarian marriage as the ideal.

Yet despite improvements, a clear divide persists in how women and men perceive – and experience – gender equality.

Men are far more optimistic about progress for women in the workplace and both genders don’t see eye-to-eye regarding what the other contributes to the care of the home and family. A 2017 study across eight countries found men were more likely to perceive housework and childcare as equally shared and both genders saw themselves, not their partners, as the ones scaling back on their careers after becoming a parent.

This blog shares hidden truths, based on extensive research and personal experience, about what does help to make gender equality not just an aspiration, but a reality, or far more of one.

Understanding the cycle of inequality:

It’s difficult for couples to appreciate, before children, the powerful forces that drive ambitious women and men, professional equals, to devolve into gendered norms after becoming parents. The story often goes something like this:

A child joins the family. Dad takes little time away from work, feeling the intensity of professional demands and the fear that prioritizing family will jeopardize future career prospects. While on parental leave, mom becomes the undisputed parent expert, owing to her daily immersion caring for their child. When mom returns to work, she becomes the flexible parent, typically by default. If like most new fathers, dad works more hours than before children, feeling the familiar professional pressures heightened by a powerful awareness of his provider role, one society continues to place disproportionately on his shoulders.

Dad continues his career climb, feeling an increased drive to maximize his income and professional potential. Meanwhile mom struggles mightily to combine her former professional life with motherhood. At work her inability to be all in, given her role as the primary parent, leads to misguided beliefs about her professional commitment and leadership potential. She feels disoriented and angry. She wonders why her life as a mother bears little resemblance to before, while her husband’s, pre versus post-child, seems little changed.

Understanding how parenthood comes to be the death knell of gender equality for so many couples with egalitarian intentions, puts couples in the driver’s seat, enabling them to navigate the challenges and make choices that keep them firmly on the gender equality path.

As couples feel the egalitarian ideal they highly value slipping away, it becomes natural to channel their anger and frustration at one another. A far better solution is for them to instead spend their precious energy to collectively identify, and employ, the levers of change they can influence such as simultaneously adapting work schedules to enable greater sharing at home and considering the tradeoffs involved with buying a bigger house.

Egalitarian couples come to see their partner on the same team rather than as the problem. Anchored by a shared perspective, possibilities open up as couples work together to navigate the real problems – the rampant attitudes, policies, and practices – that keep women and men from what they deeply desire: to be both successful, committed professionals and involved parents.

So often couples talk in broad strokes, with few specifics about having children, often underestimating the impact on many aspects of life – work, marriage, finances, and time. What helps is getting clarity on what’s most important for each person individually, and collectively as a couple, in this next phase of life.

Beginning with the question – What will it look like to nurture two professional careers once we become parents? – helps couples to create a joint work-life vision for their growing family. Discussing questions like those below enables couples to start imagining and planning how the first phase, of parenting pre-school children, could work.

These discussions help create a compass that guides decision making as couples confront the inevitable complexities, choices and tradeoffs required of dual-career parents. The goal is not to have all the answers but rather to begin a conversation, one that will stretch over decades, about how to put the puzzle pieces of their lives together in ways that seek to preserve the gender equality they value.

Becoming parents often leads to putting the couple relationship at the very bottom of the priority list. But women and men who seek a long-term, egalitarian relationship do so at their peril. The ongoing investment of time and attention is foundational in cementing the egalitarian mold for combining careers and caretaking.

What this means is the couple relationship needs to be on par with – if not more important than – either children or work. Egalitarian couples walk in each other’s shoes, intimately understanding all it takes to make the engine of work and family run. This sharing facilitates the depth of connection that helps relationships endure long beyond the child rearing years.

Armed with the understanding that powerful norms reinforce traditional gender roles, egalitarian parents work pro-actively to counter them. That could mean: saving money well before a child is born or adopted, allowing dad to also take an extended parental leave or dad clarifying new boundaries at work, enabling him to more equally share the demands of being a caregiver,enabling his partner to keep investing in her career.

Supporting atypical norms could mean mom fighting her tendency to over manage at home, instead treating her husband as a true co-parent, or bringing down the pressure by relaxing her cleanliness standards, instead prioritizing time for connection and fun.

Realizing the power of modeling for your kids:

Confronting the challenges to gender equality in a world of gender inequality is easier when it becomes a parenting goal. In interviewing couples seeking to walk the egalitarian path, I heard them repeatedly describe how meaningful it felt to show their children that women and men can be amazing caretakers and ambitious professionals. Stopping to consider what messages their behaviors send to their children helps mothers and fathers to step back and readjust when inevitably, they veer off course from their egalitarian ideal.

Living within your means:

Money plays an outsized role in a couple’s ability to create an egalitarian partnership and it’s not just about the pay equity gap. Rather couples at their financial edge feel the need to maximize income, often leading to privileging the more lucrative job and through time widening the gap in importance and earnings between their two careers.

The problem with the more lucrative earner being seen as having the primary career is that it greatly reduces his, or her, ability to make choices, such as putting limits on excessive work demands or leaving a job that’s unhealthy or a poor fit. Creating an economic buffer allows couples to pivot as needed, all the while continuing to value both careers.

Though dual career couples are ubiquitous, egalitarian couples are not. The difference is both nuanced and profound. For couples who want equality to characterize their lives together as parents, it requires awareness and skill to write their own work-life script, because even in 2018 the egalitarian model of careers and kids remains the road far less travelled.

Lisa Levey is a veteran diversity consultant, working with leading organizations to assist them in realizing the underutilized leadership potential of women. Her current work focuses on engaging men as allies and partners. As a consultant, she led the design and development of the Forte Foundation’s Male Ally signature resource platform. She blogs for the Glass Hammer, the Huffington Post and the Good Men Project on gender issues.

Her award-winning book The Libra Solution spotlights the obstacles and enablers to gender equality for dual-career professionals raising children. Lisa and her husband Bryan, a technology executive, have been featured in Fast Company magazine and on ABC News with Charlie Gibson in stories about their egalitarian work-life approach. Their coaching practice Genderworks supports dual-career professional couples in laying a foundation for, and navigating the obstacles to, gender equality as parents. Lisa earned an MBA with highest honors from the Simmons School of Management and a BS with distinction from Cornell University in applied economics