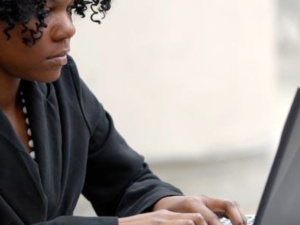 It is no secret that the tech sector, for all its innovation and well-intentioned plans to work the problem, suffers from a serious diversity problem. One that will not be solved if they only focus on numbers –as in representation of marginalized groups.

The numbers only reflect underlying cultural problems within the tech sector. In hiring for example, an HR director or manager who only hires people who resemble the director or manager – looks, talks, acts, similar background, etc. – is missing the whole point of diversity. The situation is cultural, engrained, and usually unconscious. Systemic bias is prevalent in our society and its roots run deep into the corporate world. Only with our sleeves rolled up, working to change mindsets from CEO on down, do we begin to see a tangible cultural shift in the workplace.

So while the “numbers” are alarming, fixing the numbers alone is not enough. In their 2016 report, Diversity in High Tech, the Equal Employment Opportunity Commission (EEOC), the federal agency responsible for enforcing anti-discriminatory laws, concluded “Despite rapid transformation in the field, the overwhelming dominance of white men in the industries and occupations associated with technology has remained.”

In Silicon Valley, the microcosm of the tech industry, within the top 75 tech firms, African Americans, Hispanics and women made up 3%, 6% and 30%, respectively. By contrast, it was 24%, 22% an 49% for non-tech firms in the same area.

If it were only a “pipeline problem,” one could concentrate on that and it’d be solved, but evidence points to something intrinsically awry within the sector. In one survey, 716 women who had resigned long-term positions in tech companies were asked what motivated them to make such a difficult decision. 192 women (27%) cited discrimination in the workplace related to an array of issues such as gender, age, race, sexual preference, an unsupportive environment, motherhood and childcare.

The ramifications of all this are felt not just morally, but in the company ledger. Replacing an employee costs $5,000 to $10,000, while for executives it’s $50,000 to $100,000. And that is all in addition to the devastating effects of lawsuits and damaged reputations.

White Men As Full Diversity Partners (WMFDP) was founded 20 years ago in order to confront and engage top level white male leadership across the spectrum of corporate America. Fortunately, most leaders are thrilled at the prospect of dismantling cultural bias. When we went to work for Dell, for example, we were met with a stellar level of cooperation.

As Chairman Michael Dell has stated, “A diversity of perspectives, backgrounds and experiences is the catalyst for innovation. That is how we deliver better results for our customers and our team members. For us, a diverse and inclusive culture is a competitive advantage.”

Marie Moynihan, Senior Vice President, Global Talent Acquisition, Dell EMC expanded further by saying, “I’m a very strong believer in the value of diversity. It forces a more challenging conversation and ultimately better decisions. I do think things are changing for the better for women in leadership. Companies are just paying a lot more attention to the evidence that’s out there now which says that a more diverse team can result in better return on equity.”

To address the obvious pipeline issue, one of the most ambitious projects I’ve encountered is called #YesWeCode. Founded by prominent activist Van Jones, #YesWeCode has the goal of teaching computer coding to 100,000 youth from inner cities and underrepresented minorities. Partnering with tech monoliths Google and Facebook, “Yes We Code aspires to become the United Negro College Fund equivalent for coding education,” Jones said. “Yes We Code exists to find and fund the next Mark Zuckerberg and Sheryl Sandberg in communities you would never expect to find them.”

By 2020, it is estimated that the tech industry will need another 1.4 million jobs filled, but only 400,000 US workers will be qualified to fill them. #YesWeCode and other forward-thinking organizations are taking advantage of this massive opportunity to diversify the tech industry, and in so doing create a paradigm shift in America.

Whether you intend to disrupt an industry, make a ton of money or save the planet, the disparity in high tech and other sectors serves as a lesson for the entrepreneur. I am confident that startups and companies that embrace diversity and inclusion, that challenge themselves and others, will emerge as the definitive leaders. That is because a diverse world calls for a diverse workforce of brilliant minds.

Recognizing our differences and similarities leads to new ways of breaking down problems, enlightening conversations and innovative solutions.

In an often turbulent world, that’s exactly what we need.

Bill Proudman is WMFDP co-founder and CEO. He pioneered white-men-only workshops in the ’90s after noticing white male leaders repeatedly disengaging from diversity efforts. Bill’s provocative work led to founding White Men As Full Diversity Partners. For over 35 years, he has served as a leadership development consultant, coach and facilitator to countless organizations on issues of team effectiveness, cultural competency, and diversity.