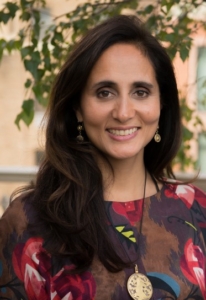 “If you’re open and don’t construct borders and boundaries between different parts of your life, you can discover learning everywhere,” says Shaiza Rizavi, partner at Gilder, Gagnon, Howe, & Co. This philosophy allows Rizavi to blend the different aspects of her life.

Early in her career, Rizavi worked as an investigator in the public defender service and as a legal assistant before moving to Thailand where she worked on child development projects. Upon her return, she entered Columbia Business School where her life took a new trajectory thanks to her securities analysis professor. As part of the class, students researched a stock to pitch to Wall Street professionals who would come to Columbia’s campus and grill the students on the particulars. Rizavi met the founder of Gilder, Gagnon, Howe, & Co. during the class and directly after graduation joined the firm, where she has worked for over two decades.

Identify a Firm’s Culture to Find a Great Fit

She appreciates that the firm centers on giving small investors who possess long-term patience and fortitude the opportunity to create wealth. The firm’s founder had been working in the institutional investment business when he realized that working professionals, such as teachers, doctors and lawyers, would benefit from actively managed accounts in order to compound their capital. The firm focuses on high-growth opportunities rather than capital conservation. Rizavi uses the research skills developed at business school and through her early work experiences to identify companies engaged in transformational change to help investors reap the potential benefits of high-risk, high-return opportunities.

When interviewing with Gilder, Gagnon, Howe & Co., Rizavi was struck by the stories she heard that articulated the firm’s legends and values. She was particularly drawn to the firm’s orientation toward serving and partnering with clients, as well as its commitment to taking risk based on well-researched, well-thought out ideas. The firm is interested in human creativity and innovation and invests in companies looking to change people’s lives while building capital – an approach Rizavi finds as appealing today as she did over twenty years ago. The legends of achievement within the firm also convinced Rizavi of its uniqueness, especially the story of one woman who began as a typist and rose to become a portfolio manager based on her excellent ideas. “I could tell that this firm judged people on merit, allowing anyone to rise if they deserve it,” she says.

Rizavi advises women to take the time to reflect and look for a role where they can shine. “See how people march through their daily lives within the places you are most attracted to and make sure that that march coincides with values you respect,” she says, adding that analysis must be part of the job search process.

“You might not think you have the luxury of considering all these components because you need to take what is offered, but it will serve you better to take your time and be sure about your potential opportunity.”

She says that it is vital to trust instincts and listen to see if it is a place you want to be, not just for the next year or two but for the long term. “You may not want to stay in one place forever, but it is nice to know there is alignment and therefore staying for the long term is an option,” she points out.

Over the years, Rizavi has learned that it is a myth to believe there is a perfect balance between all aspects of your life.

“You have to give yourself permission to be the best you can be in a certain moment,” she says. “There are phases and seasons where you have the opportunity to focus on different priorities. You may rise in certain areas but you cannot expect all aspects to rise at the same time.”

Rizavi says she has served and learned from many incredible leaders. Chief among them arethe founding members of her firm and the individuals who steward the organizations she respects most including Columbia Business School’s Tamer Center for Social Enterprise, the American Museum of Natural History, Acumen, the Gilder Lehrman Institute and The Calhoun School.

Rizavi now hopes to prolong the benefits of mentoring and apprenticeship by working with entrepreneurs and students at Columbia Business School and other places to share the skills and lessons learned.

She recently returned from Acumen’s global gathering in Kenya where she met 400 of Acumen’s entrepreneurs, fellows and partners from 28 countries and six continents, and learned about initiatives as wide ranging as advancing agricultural practices for small holder farmers to lighting previously unlit regions of the world with solar power. “In working with these entrepreneurs, I gained knowledge of trends, technologies and emerging products and services around the world that I can bring back to my life in New York City,” she says.