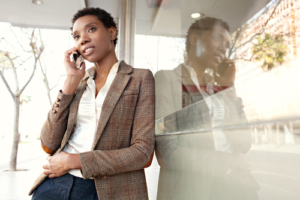 Across the past twelve months, four African-American leaders have stepped down from positions of high visibility in the business and political world.

The large gap left by losing a few powerful African-American leaders is a wake-up call to widen our diversity, not just in intention but in individual practice and in outcome.

But the 2017 list will look different. Last May, Ursula Burns, the first and only African-American women to run a S&P 500 company, announced that she would step down from her CEO position after splitting Xerox into two companies. After Rosalind Brewer’s recent retirement news, black women – already scarce – will now be absent from the helm of major U.S. companies.

Meanwhile, former FLOTUS Michelle Obama has left the high profile visibility of the White House (although her voice may well remain in the spotlight) and Loretta Lynch has ended her term as the U.S. Attorney General.

These four women (Obama, Lynch, Brewer, and Burns) accounted for over 50% of the African-American names on Forbe’s World’s 100 Most Powerful Women 2016.

Losing four black women from highly visible, influential leadership positions wouldn’t be so striking except – in the context of so few peers in positions of power – it simply is.

The percentage of women CEOS among Fortune 500 companies dropped to only 4.2% in 2016 (from 24 to 21), which is a hit for all women. The near absence of minorities amidst that 4% testifies that diversity’s approach to advancing women remains very monolithic.

Black women remain caught in the blind spot of intersectionality, and while naming the problem helps, it does not address it. As Melinda Marshall and Tai Wingfield, authors of “Ambition in Black & White: The Feminist Narrative Revised,“ write in the Harvard Business Review, “At the intersections of race and gender, both then and now, black women have labored unseen, even to those lobbying for their advancement.”

As a recent AAUW report highlights, “the specific ways in which they (black women leaders) are disadvantaged clearly differs from the better-understood ways that white women leaders are dis-advantaged.”

The diversity movement falls short of advancing women when we too often ignore the rich diversity of needs, realities, and challenges experienced by different women, and work to address them.

As research has shown, black women are (three times) more likely to aspire to leadership roles than white women and half as likely to attain one.

As summed up by a 2016 report in the Journal of Business Studies Quarterly, some of the myriad of factors holding African-American women back from the C-Suite include dual bias at the intersection of race and gender (a net that affects everything else), the impact of stereotypes on perceptions (as an example, African-American women are often perceived as aggressive in communication), a lack of career opportunities to showcase skills, having to prove competency more than colleagues, a lack of strategic feedback, workplace isolation and ‘outsider’ status.

The Biggest Barrier is Social Exclusion

But one of the strongest barriers for black women is the lack of access to powerful social networking with influential senior executive leaders, which requires a certain level of ‘insider’ status.

According to Wingfield and Marshall in HBR, black women “have mentors and strong support networks but lack sponsors—leaders who will talk them up behind closed doors, steer plum assignments their way, and defend them against detractors.”

Black Women Executives Research Initiative Revisited by the Executive Leadership Council, the first longitudinal study of black women executives (BWEs) in corporate America (2007 and 2015), gleamed insights into both the challenges and experiences of 59 senior leaders across the eight year period.

The importance of creating and maintaining sponsorship relationships, and building a network of allies, was emphasized by BWEs.

As one interviewee said, “I believe you almost have to have somebody in the room where the conversation is happening that says, ‘this is the person who can make the contributions and be valuable.’ If you don’t have that it’s very hard.”

Research by Catalyst has demonstrated how black women and men who experience a heightened sense of “being different” based on their race/ethnicity within the workplace suffer an “Emotional Tax” that can include impaired sleep, a sense of always being on guard, speaking up less, reduced innovation and creativity, and feeling less psychologically safe in contributing their own voice at work.

However, a sense of inclusion reduces the Emotional Tax, and increases psychological safety, such as feeling leaders and team members ‘have your back’, that mistakes won’t be held against you, and that co-workers are not going to try to undermine your efforts – in other words, a corporate environment in which anyone can feel comfortable in taking risks, not just the majority.

Absence from networks also affects black women entrepreneurs. Despite the fact that African-American women are the fastest growing group of entrepreneurs, their endeavors tend to lack major investment backing or significant outsider funding.

The Executive Leadership Council report also found that 27% of BWEs had advanced in their careers (since 2007), and over 60% did so while in Profit & Loss roles. Yet 46% of BWEs left their companies to start their own business or moved to a different company, sometimes losing ground.

In-depth interviews revealed four factors that were most influential in career developments for these leaders: 1) alignment of values, 2) agility and re-purposement, 3) sponsorship, and 4) relationship-building as politics.

A key career strategy for BWEs, referred to as agility and repurposement, was an ability to move rapidly between challenges to foster “continuous learning, cross-functional, boundary-spanning work and intentional, if not always planned, career expansion.”

Many successful BWEs were keen to take assignments, even adjacent opportunities and glass-cliff appointments, that ultimately advanced their learning, broadened their expertise, and gained visibility and network connections.

Disrupting the Silos In Business & Diversity

As written in HBR, leadership which aims for real diversity must purposely disrupt silos in the workplace, creating more opportunities for intersectional visibility.

As Wingfield and Marshall write, “Leaders must create a culture in which people at the intersections of functional or affinity identities have equal access to their attention or equal opportunity to earn it.”

And as champions of diversity, we must disrupt the insidious silos that exist within the diversity movement and within. For each non-minority woman in a place of leadership, we can ask if we are doing our part in including African-American women in social networks and enabling opportunities for visibility?

Are we checking our own relative privilege and our own blindspots? As much as we want equality, are we practicing it within the power and influence we hold?

While theglasshammer is putting a focus on African-American women in leadership during February’s Black History Month coverage, minority women are living the lesser-understood intersectional challenges every single day, and we must make a daily practice of staying awake to that.