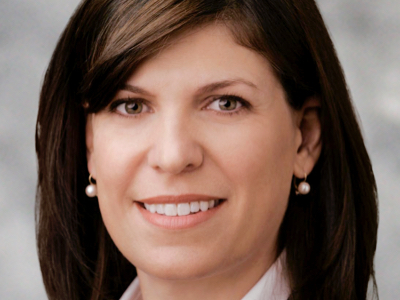 “Self-learning is a key path to growth,” says Voya’s Barbara Reinhard, “whether you’re learning something big that will change your career or something small that will make your day-to-day life easier.”

For example, Reinhard taught herself time-saving Excel tricks such as using shortcuts to manage big data sets. “You can participate in an Excel class, but until you’re playing around with it yourself, you won’t know what you need to. It’s the difference between reading about a vacation and actually taking one,” she says. “If you can teach yourself, you can learn anything.”

That skill came in handy when she first started out as a fixed income analyst. When Reinhard saw challenging bond markets on the horizon, she looked beyond fixed income and learned what she could about equities to expand her skill set and opportunities. “It’s easy to become very specialized, but your intellectual curiosity trumps all.”

A Career In Asset Allocation

During her 20 years at Morgan Stanley, Reinhard worked in the Fixed Income, Institutional Investment Management areas and eventually became deputy Chief Investment Strategist. Advancing from an analyst to a managing director was an unusual path, she acknowledges, but one that beckoned because of the ongoing opportunities she sought.

Of her professional achievements, she’s most proud of becoming a managing director, earning her Chartered Financial Analyst® designation and being hired by Voya: she set her sights on the position as soon as she met the Multi- Asset team.

Not only does Reinhard appreciate the challenging work at Voya, she finds it particularly rewarding because of the firm’s mission to be “America’s Retirement Company.”

“Every individual in America at all wealth levels — from a Rockefeller to a Reinhard — will face retirement,” she says. “At Voya, we can touch every American’s life, and it’s a powerful investment mission when you realize that the decisions we make will help someone realize their lifelong goals.”

To help make smart decisions, Voya completes an annual exercise in October where they develop 10-year asset class forecasts and anticipate the peaks and troughs that markets might see over the next decade. This becomes the foundation for their future asset class strategic investment recommendations.

Reinhard worries that the finance and analytical elements of a career similar to hers might be off-putting to women, especially those who specialized in liberal arts and think that they need to be more mathematically and quantitatively inclined. But the truth, Reinhard says, is that statistics and quantitative theories are actually relatively easy to learn, as they are very finite. “Once you’ve done it once, you can do it 100 times. Don’t be put off by the quantitative aspects of the industry,” she says.

Urging a Savings Mentality From a Young Age

Reinhard sees one of the industry’s biggest struggles as trying to help Americans think about retirement. “It’s difficult when you’re 25 to save for that long-term goal; you can’t even intellectuality conceptualize it,” she notes. But she has seen the importance of starting early. The youngest of five children and raised by parents who were products of the Great Depression, she started saving for retirement with her first paycheck.

“The most important contributor to my retirement account hasn’t been an investment decision I made, but rather letting my asset base compound year in and year out. Compounding interest is one of the best mathematical advantages you can give yourself,” she says, stressing that the one thing young adults should do is put money toward their retirement as early as possible.

The Career-Changing Influence of Mentors and Sponsors

Reinhard credits some of her success with two sponsors who paved the road for her based on her goals, helping her acquire the skills she needed to earn subsequent promotions.

She advises that whether your mentors and sponsors are formal or informal, neither of these people should be your boss. A sponsor is typically far more senior in the organization, someone who sees your value add and will champion you. By cultivating these relationships, and making sure that the leadership team in the organization knows you, opportunities and connections will happen that can change your career path.

The best way to gain that visibility is to be ready for unexpected opportunities that might present themselves, the quintessential “elevator experience.” Reinhard is always ready with a two-minute anecdote in her back pocket about a recent significant business win or something material to the investment strategy she is working on. For example, when the S&P finally broke new highs, she ran into Voya’s CEO and was able to give him a quick analysis and recommend he use the information when he met with important shareholders over the next couple weeks as a proof point for why active management still works.

The key, she says, is to adapt your ideas over the years as your career expands so you always have something ready for your two-minute speech.

And for women who are more senior, she urges them to sponsor a younger professional. For her part, she’s always found someone to watch out for, maybe someone who volunteered to help with an unpopular or time-consuming project, which she says is a smart strategy to gain a champion. “I’ve gotten the most bang for my buck by fixing things that were broken when others said it couldn’t be done.”

A former marathon runner, Reinhard says that physical fitness tops her priority list as a calming influence that can help control how she reacts to markets. While she devotes most of her non-work hours to her husband and young son — “they are the most important people in my life” — she makes time for non-profit work as well, serving on the finance committee for the Jerome Green Foundation, a group involved in activities related to education advancement, social justice, arts, health and human services.