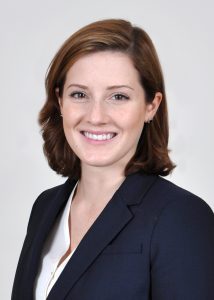 The world was a much different place a decade ago when Sterling Pride, Shearman & Sterling’s LGBT inclusion network, was formed. As a former history major, my mind tends to go to the story of a place or group first. I wonder about the conversations that sparked the idea, and discussions involved in becoming one of the first law firms with an in-house LGBT inclusion network. In June 2006, the firm readily took the first step in giving its LGBT lawyers a voice in how to foster an inclusive environment for LGBT lawyers and staff by creating Sterling Pride. Shearman & Sterling didn’t have to be a leader, but it chose to be.

In 2006, while those conversations were taking place at Shearman, I was a junior at a north Texas high school. That year, my classmates threw around the word “gay” as a synonym for “dumb” or “worthless,” and the Gay-Straight Alliance at my high school was effectively dead on arrival. My best friend, a bisexual man, and I whispered about our “different-ness” backstage during after-school musical rehearsals. The concept of being bisexual barely existed, let alone had achieved any level of acceptance with our peers.

Ten years later, I am so grateful to begin my career as an attorney at a place with a true commitment to the LGBT community and to diversity more broadly. Beginning with the on-campus recruitment process, the visibility of Sterling Pride lawyers signaled to me that Shearman & Sterling was a place that I could focus on growing as a lawyer without the distraction and pressures of having to “cover” as a straight woman. It can be easy to feel a little lost as a first-year associate in a large New York office, but in Sterling Pride, I felt as though I had a built-in community. Being a member of Sterling Pride has connected me to a network of mentors, deepened my connection with my colleagues, and has given me opportunities to meet clients and lawyers across the city. Furthermore, my colleagues, whether partners or first-year associates, have consistently been reflective and engaged, both formally and informally, about how to make the firm’s environment more welcoming, more fair, and more of a meritocracy. I have been able to thrive because of the strong foundation that Sterling Pride members and allies have built.

Now, as co-chair of Sterling Pride (and as the first woman to serve in such position), I am honored to be an ambassador for our inclusive atmosphere, but I also know that there is work to be done. Women are underrepresented in the law—particularly in the ranks of senior leadership. Women are also underrepresented in LGBT spaces—bisexuals even more so. It is true that bisexual women tend to benefit from invisibility and passing, and thereby enjoy a level of privilege that others within the LGBT community do not. However, for that same reason, they are uniquely positioned to challenge stereotypes and to carry messages of inclusion into hetero-normative spaces. I believe that cultural change is achieved one person at a time, one connection at a time. As we continue to diversify the voices around the table, we reaffirm the value of each individual’s contributions.

Importantly, being a part of Sterling Pride has been a way to begin giving back to—and investing in—the firm that has chosen to invest in me. As part of a firm with a global presence, we have a distinct opportunity to set the tone in all of our offices and to make sure all of our lawyers and staff can grow in their careers regardless of their sexual orientation, gender identity or gender expression. As the work of organizations such as Out Leadership and the Williams Institute have shown, diversity makes business sense. Inclusive environments retain talent, increase productivity, and allow employees to be more fully engaged at work. Discrimination is costly, both in terms of underemployment and in expending resources to combat the mental toll that discrimination takes on those who are victimized. Furthering Sterling Pride’s reach within the firm strengthens it overall, making us more competitive in and more adaptive to the changing conditions of the global marketplace.

In closing, I turn back to the history of the firm once again. John William Sterling, one of the firm’s two co-founders, never married but lived together with his best friend and companion, a man, for nearly 50 years. While it is impossible to know what Sterling might think of the firm’s commitment to the LGBT community today, I believe he would be proud of the firm and the enormous progress we have made in supporting LGBT issues in the century since his death. Hopefully, we will all be even prouder in the next hundred years.