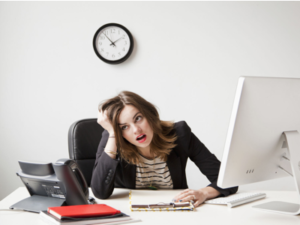 On both sides of the Atlantic, middle aged women have disproportionately suffered job loss in the years since the great recession began in 2008. Back in 2012, The Guardian reported on data from the UK’s Office for National Statistics and told us that “unemployment among women aged 50 to 64 has risen by 39% in the last two years, compared with an overall rise of 5% among over-16s.” A recent article in the New York Times, based on information from the US Bureau of Labor Statistics, tells another troubling story: “Since the start of the recession, the number of working women 45 to 54 has dropped more than 3.5 percent.”

In the UK, the dramatic increase in unemployment and decrease in labor force participation in women over 50 is being attributed to two factors: downsizing in the public sector and elder care. In the US, it is assumed that middle aged women are dropping out of the workforce mostly to care for their aging parents. Elder care is a very real issue, but it isn’t the only one. Since this trend accelerated during the recession, there must have been important factors related to the economic downturn, as well. Have late-career women continued to drop—or be pushed—out of the labor force in the new economy, and what is going on beneath the surface?

According to 2014 data from the Office for National Statistics in the UK, the unemployment rate for women between 50 and 64 has decreased by 12% since that 2012 article was written, however, the decrease in unemployment for men in the same age range has been much higher: 31%. Based on data from the same source, it appears that British women in the last third of their careers were still struggling in 2014. It is likely that the decrease in the number of public sector jobs, where British women are overrepresented, has indeed played an important role in this. It seems that unemployed women who previously worked for the government may be having trouble finding new jobs.

The US in Perspective

The US statistics on labor force participation show that middle-aged men and women took a similar, recession-related hit. The reason why unemployment among later-career women stands out is because it’s in contrast to much more static levels of employment among younger women. In the US, the recession hit men aged 20 to 34 harder than women in the same age range, but mature women were hit as hard or harder than men of the same age. Since young women tend to be the lowest paid employees, this might reflect a purge of workers who have traditionally earned more: men and higher level employees of both sexes. It’s also related to the fact that young men are overrepresented in construction and manufacturing, which are especially sensitive to economic troubles. That said, the diminishing role of US women in their prime earning years is a cause for concern. Most of the experienced leaders who hold top positions in business and finance are 40 and up.

Some late-career women who have dropped out of the workforce have done so because of job loss. Others quit their jobs to care for aging parents or to change tracks. The problem is, both voluntary and involuntary job loss in the middle years can be devastating to future earning potential. The dynamics of unemployment in the last 15 or 20 years of a woman’s work life are complex and are affected by both age and gender. Since the recession, many late-career professionals who lost their jobs have been forced into lower paying and lower status work. Faced with that eventuality, some women are doubtless choosing to abandon the search for work if they can afford to. Nobody wants a reduction in status and a cut in pay.

Perhaps some middle aged women are fed up with glass ceilings, realize that they’ll never be as successful as they’d hoped, and are leaving large corporations at the height of their careers. But are they dropping out of the labor force permanently? Some are taking the time they need to refocus and begin new projects. In the US, women are the majority of entrepreneurs and in the UK, the number of women starting their own businesses is increasing steadily. Many women who have not been handed leadership positions in larger organizations are starting their own companies, where they can take the lead much more decisively, guiding the culture and direction of an enterprise.

Frustrated in the Final Third?

There’s no denying that many women who should be at the height of their power in business and the professions—women in the final third of their work lives—are feeling frustrated, especially if they have not yet been able to meet their professional goals and are feeling stuck. However, the grass is not necessarily greener on the other side. Entrepreneurship isn’t for everyone, elder care is incredibly demanding both physically and emotionally, and simply not working? Many find that it isn’t as nice as it sounds. Family is important, but in most cases, there is a way to stay close to aging parents without sacrificing everything else.

When we’re faced with a late career challenge, there are so many answers other than dropping out or accepting defeat: transfers, job switches, entrepreneurship… and sometimes the answer is simply to call on other family members and professionals for help with aging parents, or to restructure our thinking about work after a period of unemployment.