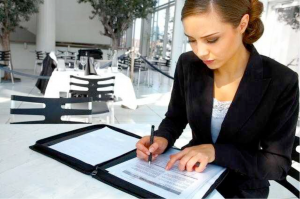 In light of Microsoft CEO Satya Nadella’s recent remarks about women needing to have “faith” in the HR system and rely on “karma” in the workplace rather than directly ask for raises, it’s especially crucial for women to value their own strengths and not be afraid to use them to gain a competitive edge in the workforce.

Although controversial, Nadella’s comments highlight the perpetuated stereotypes of gender roles in business: men are typically accepted as more aggressive, while women are expected to be more yielding and less assertive. Despite accounting for half of the U.S. workforce and surpassing the male population in not only educational attainment, but also professional degrees and work experience, women earn 78% of the compensation received by their male counterparts.

Even though such statistics may be disconcerting, awareness can lead to empowerment, and there are certainly steps women can take in order to stand firm in their own value to the companies they advance.

Take Credit for Your Work
Too often, women let others receive the accolades that they deserve for their own work. Whether it’s a supervisor or coworker, valuable efforts and innovation by individual women are often unacknowledged due to office politics and inadequate communication to upper level management. Despite popular belief, however, it’s entirely possible to make sure that your voice is getting heard without burning the bridges of professional decorum.

After completing a great project, for example, it could be prudent to make sure that your company’s leadership recognizes your role in the undertaking. You could ask for feedback regarding the particular part of the project on which you worked and if there’s anything you can do to help further. It’s essential to make your contribution to the project clear, but deliver the message in a way that simply comes across as being professionally thorough and helpful.

Understand Your Colleagues
A lot of knowing when to take which step comes down to understanding the psychology of the people with whom you work — from the company’s CEO to your assistant. Use your intuition to read the underlying drivers behind attitudes, approaches, and situations. Observe how people like to be treated and what type of interactions they respond to best. This simple insight can give you all the clarity you need in order to say the right thing at the right time, allowing you to form rapport with both coworkers and gatekeepers — and draw attention to your value within the company.

Maximize Your Efforts
Be strategic about where to invest your energy and focus. Even though it’s important to take pride in everything you do, it’s plain that some initiatives are more important than others. It’s helpful to take an objective view of the company and its leadership in order to evaluate which goals and enterprises matter most. Fuel the projects that are important to your workplace’s gatekeepers and the ultimate success of the company; leave the rest alone, unless you have significant passion for them and are committed to seeing them through.

Women Are Still an Untapped Resource
Amazingly, half of workers are now women, but women still represent a largely untapped workforce. In fact, 56 percent of the 20 lowest-paid jobs are performed by women as opposed to just 29 percent of the highest-paid jobs. Yet, according to a report from the White House Council of Economic Advisers, “Recent research has shown that women can help drive innovation and better target female customers and employees.”

Some argue that having children and raising a family is a pivotal factor that interferes with women’s careers, which is why women represent such an untapped workforce; however, we’ve found that a high percentage of moms want to be a part of the workforce and are certainly qualified to do so.

I have not found this to be the case. Zirtual, my own company, is made up of 90% female Zirtual Assistants (ZAs). It’s turned out that the majority of candidates who apply are women (about 50% are stay at home moms) and they have proven to be extremely skilled and well-suited for the position

Besides being qualified and having the right skill sets to excel as ZAs, we’ve also discovered that our female-dominated workforce demonstrates exceptional levels of engagement with work, fellow co-workers, and clients. They tend to be excited about doing their jobs well and ultimately helping other people.

Perhaps it is the flexibility that remote work affords to women that is key in allowing them to truly perform at their best and also handle their other familial responsibilities. Even within full-time corporate positions, providing the flexibility to work from home and integrating policies such as paid family leave can help to reduce barriers to women participating and thriving as much as men do in the workplace. With shared breadwinning and caregiving responsibilities increasingly crossing over gender lines, it only makes sense to grant the same program offerings, such as paternity leave, to men as to women, especially considering that more and more women are entering the workforce.

At the end of the day, there’s strength in numbers. But it’s now perhaps even more important than ever for each individual woman to value the strengths within herself in order to tap into her own competitive edge.

Guest advice and opinions not necessarily those of theglasshammer.com