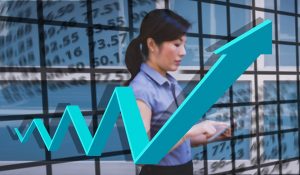 100% of U.S. presidents and vice presidents are male and so now is the 2020 major party campaign race, which – in the context of many countries with influential strong female heads of state in their cultural history – is hinging on becoming an All-“American” leadership trademark.

75% of parliamentary seats are held by men globally. 94% of Nobel Prizes handed out since 1901 have been to men.

76% of news coverage when considering 20 years and 114 countries focuses on men, and 73% of news stories are reported by men. 69% of characters speaking in popular films are men, 77% of protagonists are men, and 79% of filmmakers are men – across eleven countries.

All Academy Awards for Best Director have been claimed by men amidst primarily male nominees, except one.

When men occupy 70% to 100% of representation across spheres, “underrepresented” is a gross understatement when it comes to women.

What is apparent is the pervasiveness of men in our worldwide culture as the default leader, voice, achiever, speaker, storyteller, even…human.

What is a “Default Male” World Mean?

The Business Book of the Year 2019 award winner, thoroughly-researched Invisible Women: Data Bias In A World Designed For Men, by feminist advocate Caroline Criado Perez, examines example after example of how women are often missing from the basic data collection that informs how the world –  across all realms of human life –  is designed.

Perez points to the “default male” premise upon which much of our daily world is created – because women are either not though of at all, or just written off as a complexity.

“When typical female heart attack symptoms are called ‘typical,’ this is default male. When ‘gender-neutral’ toxicity levels for chemicals are determined using data on men, this is default male,” says Perez in an interview for Evoke. “When researchers complain that female bodies are too complicated to test on, this is default male—how else could you justify excluding half the world for reasons of simplicity?”

Social activist and journalist, Perez has a track record of advocating for women’s inclusion and visibility. She previously campaigned successfully to keep a woman on the British banknote. She also co-founded the The Women’s Room  – a database of over 2,500 women experts in their fields – to increase the representation of female experts quoted in the media.

The database’s homepage addresses the disproportionate representation of male experts: “The media says that this is because there just aren’t that many female experts around, and the media just reflects the reality of the world. This website is about proving them wrong.”

As written in Wired about Perez’s findings: “There exists a real gender data gap that is ‘both a cause and a consequence of the type of unthinking that conceives of humanity as almost exclusively male.”

This “unthinking” impacts on women’s health and even lives. What first compelled Perez towards this book was the deadly gender gap of knowledge in the medical world.

As Perez shares in Evoke, “… because public health information focuses on male symptoms, women don’t realize they’re having heart attacks. Worse, doctors don’t realize. The result is that women are more likely to die following a heart attack than men… Our society positions science as neutral; as objective and free of bias. Science deals in facts. In truth. Only, now it turned out that our cultural positioning of men as the default humans was corrupting science.”

Perez gives examples of how ‘default male’ data feeds algorithms that make dangerous leaps and false assumptions: “First, because the datasets on which we train algorithms are hopelessly male biased, voice recognition software doesn’t recognize female voices, translation software translates female doctors into male doctors, and image-labeling software labels men as women if they are standing next to an oven.”

The evidence that the world is not designed for women appears in everything from the size of smartphones, transport and snow-clearing routes that do not reflect the amount of unpaid work women do or their daily travel behavior, automotive crash systems and seats and seatbelts designed for men’s bodies (women have a 47% greater chance of serious injury in a car accident), restroom layouts that don’t reflect the different uses or time needed by the genders, CPR training which normalizes touching male chests only (men have a 23% higher chance of resuscitation in public), and even the temperature deemed comfortable for the office space you may be working in.

In her book, Perez writes, “No one meant to deliberately exclude women. It’s just what may seem objective is actually highly male-biased.”

The tech industry and the design industry are very male-dominated industries. 74% of computing jobs are held by men, and the turnover rate for women is over double that of men (41% vs. 17%). Across 1980 to 2010, 88% of all information technology patents were obtained by male-only invention teams (only 2% were by female-only invention teams). 88% of engineers in Silicon Valley startups and 89% of executives in Silicon Valley companies are men.

Perez is quick to say that design tends to reflect the needs of the people who are doing the design (for example those who have never been pregnant may not think of pregnancy parking spaces), and there is a catch-22 loop that feeds into male-dominated design.

“Ninety-three percent of venture capitalists (VCs) are men, and these teams suffer from the same problem as male-dominated developer teams: they simply aren’t aware of certain female needs,” says Perez in Evoke. “As a result, entrepreneurs developing new tech for women need good data because they will not be able to rely on a VC already having personal experience with, for example, how terrible all the current breast pump options are. …But because we lack data on female bodies, such entrepreneurs are less likely to have the information they need to make the case for their ideas. They are therefore less likely to get funding. And so tech for women remains, for the most part, of the shrink it, pink it and price it up variety, rather than genuinely catering to women’s needs.”

In Wired, Perez shares that exclusion goes to yet another level when it comes down to excuses or shortcuts for not considering women. She cites a scaled-down male dummy being used to represent a female: “That’s not forgetting. That’s a deliberate act.”

How To Disrupt a “Default Male” World?

Disrupting the “default male” world is overdue, and that too is an understatement.

The way this will ultimately happen is if there’s more women involved in data collection, design and development – so women’s differences and needs will neither be forgotten about nor dismissed.

“Seeing men as the human default is fundamental to the structure of human society,” Criado Perez writes, as noted in Science News. “It’s time for women to be seen.”