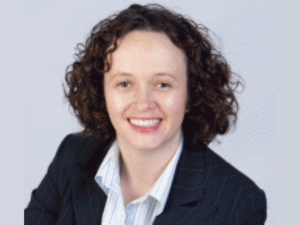 After the celebrations and social media posts for international women’s day 2020, we are left with the real work. Gender progress when it comes to women at work and as leaders has stalled. This was first noted in 2018 by McKinsey and Lean in study and The World Economic Forum predicted timeline of two hundred and two years for gender equity overall and specifically ninety nine years in the UK. The USA is not in the top ten for gender equality it should be noted, and American women are not equal under law as American men as the Equal Rights Amendment was never ratified.

So, What is Really Holding Women Back?

In the April 2020 edition of HBR, Robin Ely and Irene Padevic pose and answer the eternal question of “What’s really holding women back?” In their specific case study, they conclude that a crushing long hours game was actually causing dissatisfaction for everyone, but disproportionately affecting women because they singularly were expected to take accommodations which ended up being career damaging actions sometimes. The researchers state,

Ely and Padevic studied a firm where the core problem discovered by them (impossibly long work hours) was not what the firm’s espoused challenge focus which was the ‘inability to promote and retain women’ creating a substitute problem to avoid the real one. The researchers concluded that by using family accommodations or flex work as the solution to the “substitute problem”, an invisible and self-reinforcing social-defense system was created with the result of covering inefficient work practices “in the rhetoric of necessity” while perpetuating gender disparities since only women were truly culturally expected to take advantage of the accommodations.

In my opinion, without knowing the name of the client that these revered psychologists conducted this work at, this is the type of firm that probably charges other firms five million dollars per consulting project to tell them how to work more efficiently but entirely misses the point on the social psychology and how behaviors are formed for humans, both in their own firm and the firms they are busy also creating substitute problems for regarding “diversity” and people. I mean isn’t it hypocritical of big consulting firms and banks to write studies about gender progress when they themselves are so far from getting their own house in order? People notice, eventually or seemingly they don’t notice or choose to ignore it?

Behaviors and Diversity – we tell ourselves what is what (falsely)

A new UN study on “Tackling Social Gender Norms” reports that 50% of the humans in the world still think men make better leaders and in some countries, 70% of people believe men deserve a job more than women do and overall on all factors over 90% of people have bias against women or bias in favor of men if you want to look it at that way. This study importantly and perhaps uniquely measures gender inequality from a social norm perspective and how this is operationalized through beliefs, attitudes and practices most notable the prescribing social roles and power relations between men and women in society that are shockingly defined in western developed countries like the USA over southern European countries like Spain who literally invested the word “machista”. This methodology is super important as the diversity panels and parties that have focused for the past twenty years on “awareness” just aren’t converting behaviors in anyone, women included to ones that make people vote in female leaders in government or at work. Equality begins and ends with equitable behaviors and systems thinking to reduce or destroy the legacy processes and this is just absent in the design of work and the workplace.

Robin Ely along with Herminia Ibarra and Deborah Kolb are also among my favorite academics on this topic and in many ways nothing can best explain the seemingly large and continued demand for white male leaders than their 2013 piece Women Rising: the unseen barriers which states that women are basically expected to turn into men as those traits are still the ‘mold’. Yet face the double bind when they try to gain experience that would let them internalize the identity and affirmation of a leader that is needed and given to the legacy group of who we believed to be leaderlike.

As the 2013 piece suggests, it is the absence of recognizing bias which is now second generation and covert harder to spot bias that leaves people with beliefs that limit the progress of women and as the Barriers Unseen study reveals,

“People are left with stereotypes to explain why women as a group have failed to achieve parity with men: If they can’t reach the top, it is because they “don’t ask,” are “too nice,” or simply “opt out.” These messages tell women who have managed to succeed that they are exceptions and women who have experienced setbacks that it is their own fault for failing to be sufficiently aggressive or committed to the job.”

This past week we have had an applied case study on who we endorse for as a leader with Elizabeth Warren and Amy Klobuchar both folding their campaigns while being criticized for being too shrill and strident and then too nasty respectively. Meanwhile, two ancient white men battle to face off with another ancient incumbent white guy in the other team come November. Some women are licking their wounds on Facebook over Warren it seems in particular, but we know when women and people of color call out gender inequality, the cost of this can be actually  emotionally high as well as career damaging.

Are we getting anywhere?

Over twenty years ago, Robin Ely co-wrote with David A. Thomas a piece in HBR called “Making Differences Matter: A New paradigm for diversity” that suggested then that we get past the “fairness (and discrimination)” paradigm or simply put the business case of “it’s the right thing to do”. Ely and her co-author also suggested that the next paradigm in 1998 was only the penultimate one and that this second phase was witnessed when companies believed in appointing women to sell to women, and LGBT just sell to LGBT and minorities to sell to minorities with invisible limitations of side show type exclusion from the main attraction. The emerging paradigm from twenty-two years ago is I guess, is still sadly only slowly emerging and that is the learning-and-effectiveness paradigm which requires real work to get to the structural change that is needed. They write,

“Companies in which the third paradigm is emerging have leaders and managers who take responsibility for removing the barriers that block employees from using the full range of their competencies, cultural or otherwise. Racism, homophobia, sexism, and sexual harassment are the most obvious forms of dominance that decrease individual and organizational effectiveness—and third-paradigm leaders have zero tolerance for them. In addition, the leaders are aware that organizations can create their own unique patterns of dominance and subordination based on the presumed superiority and entitlement of some groups over others.”

We are in 2020 still hiding behind our deeply ingrained beliefs that women aren’t as leaderlike and that babies are the reason we are not promoted in the same numbers or authorized in the same way as our male counterparts are. Yet, childless women do not get promoted or authorized any more than women with kids do as they are hit by the same stereotype which is easier than addressing the real issues for all women and all humans, which is work simply isnt working for most people anymore without one person taking a back seat and due to pay inequity, it is usually the woman if we are speaking heteronormatively in the structure.

The stories we tell ourselves about the way it is, or what is better have been whispered in our ear by our grandmother, our parents and our surrounding society and are reinforced everyday of our lives. These stories are placed both subliminally and explicitly and create our beliefs and criteria and our behaviors. The stories that we tell ourselves that time will fix inequality are not true. The only thing that will stop this within our lifetime or even our children’s lifetime is to do the work regarding our deepest constructs of “what boys are and what girls are” while addressing the systems that enable and endow advantage and create disadvantage for no other reason than biology.