Not all “networking” is the same, and maybe the word itself needs attuning. 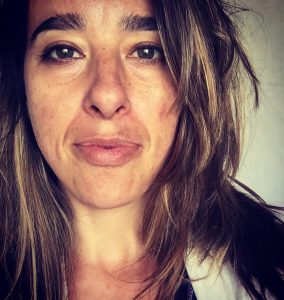 The more your network reflects an inner circle of women, the more effective it may be in supporting your growth and advancement. Having women In your inner circle matters.

In the Harvard Business Review, Brian Uzzi, Professor of Leadership and Organizational Change at Northwestern’s Kellogg School of Management, writes about his research collaboration into what kinds of networks helped new men MBAs and women MBAs secure executive leadership positions.

For male MBAS, centrality is what mattered – not how big the network is, but being central within it or connected to multiple “hubs”- lots of contacts across different groups. The top quarter of central men obtained jobs that were 1.5 times higher in pay and authority than the bottom quarter.

Centrality also mattered for women, but the women that landed the executive roles with highest levels of authority and pay also had an inner circle of close female contacts in particular. The gender composition of men’s inner circle did not factor into success of MBA graduate placement.

“Women who were in the top quartile of centrality and had a female-dominated inner circle of 1-3 women landed leadership positions that were 2.5 times higher in authority and pay than those of their female peers lacking this combination,” Uzzi writes. “While women who had networks that most resembled those of successful men (i.e., centrality but no female inner circle) placed into leadership positions that were among the lowest in authority and pay.”

The researchers speculate that the inner circle of women is highly likely to provide insight into navigating the unique challenges that women face and to be a permissive space for asking questions outside of an official interview context.

“…because women seeking positions of executive leadership often face cultural and political hurdles that men typically do not,” Uzzi speculates, “they benefit from an inner circle of close female contacts that can share private information about things like an organization’s attitudes toward female leaders, which helps strengthen women’s job search, interviewing, and negotiation strategies.”

The most successful inner circles for women included women who were closely connected to one another but had fewest contacts in common, so as to each have a wider access to insight from more women.

If what likely matters in the inner circle of women is actually collaborating to support and lift each other, then it’s about building relationships you want to be in.

“I always say a woman alone has power; collectively we have impact,” writes Shelly Zalis, in Forbes, Founder and CEO of The Female Quotient. “Traditionally we have been taught to be competitive with one another, because there was such a scarcity of jobs at the top. It’s so clear that strategy doesn’t work.”

Zalis recommends to cultivate an inner circle of women by reframing networking so it’s not “work”: “When you create connections based on shared interests and goals, you’ll be more successful at your job, because people want to work with people they know and like.”

“My advice to women is to reframe what networking is,” says Gail Tifford, Chief Brand Officer of WW. “The fact alone that the word has “work” in it creates pressure for women to feel like it’s something they have to do, and then I see women stress about how to do it.  Simply putting yourself in environments that give you the opportunity to meet with peers and get to know each other and share experiences can be a game changer. And chances are, if you make meaningful connections, they are ones that will last a lifetime.”

Relating is not something you “do”. It’s something you and others invest your time and energy in because it’s mutually enriching. Putting yourself into a space where you are sharing with women from diverse relevant backgrounds can magnify your shared sense of belonging and your opportunities.

“Networking is one and done…” writes Zalis.”A relationship, on the other hand, touches your heart and creates an everlasting partnership. To keep connections alive, they must be nurtured.”

Raise Each Other Up

Shedding a mindset of scarcity and competitiveness between women around opportunities also means a willingness to raise other women up, including according to Julie Koepsell, Managing Director of Fellow, creating opportunities for other women to shine, helping to remove obstacles to success, encouraging them, finding out what’s important to other women so you can support them, and leading with example.

“At first it may seem like you’re taking attention away from yourself,” says Rebecca Wiser in the Forbes article, cofounder and director of communications at Womaze, a self-empowerment app for women, “but you’re actually showing that you’re a supportive team player as well as an inspiring leader—and secure enough in yourself to praise others.”

Real leadership does not mean standing alone in the spotlight, or hoarding ownership of the light, but rather a willingness to witness it in others and collectively rise together. It means supporting others in lighting up so that we all shine more.

Perhaps it’s the “net” in networking that needs more emphasis, a circle of women helps to support, hold, lift and create something that catches more opportunities for all.

Extend Your Circle Outside Your Comfort Zone

As evidenced in the research study, diversification of even your inner circle matters when it comes to supporting each other into better opportunities. As Uzzi writes, “The more you associate with similar-minded or experienced people, the less likely you will be to diversify your network and inner circle.”

It takes some to bust out of gravitating towards those who already feel “like us”. Expanding the power of your tribe means expanding your willingness to connect beyond your comfort zone.

Two ways to do this is first of all, be willing to allow “random selection” to comprise your inner circle – Uzzi found that random grouping “raised the odds that female students will befriend those with experience and goals beyond their own, again expanding their knowledge and contacts in career-enhancing ways.”

Secondly, check into how closed your circle is. If the connections of the circle are too interconnected, then it may not be as expansive for each of you. Uzzi provides the examples of workplace or industry affinity groups.

Diversifying your circle creates circles rippling outward, and that shape reaches out to new opportunities and experiences.