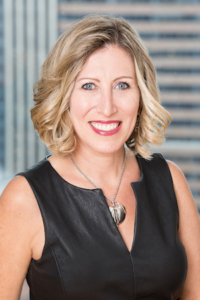 When you start your career in your 20s, you think you have to do everything by yourself, says Barclays’ Adina Brownstein.

However, before long, she notes, working collaboratively evolves your thinking, and you realize that having someone help you with your work is a benefit, rather than a risk. This co-creation also helps you build relationships, which are crucial down the road. “Having firm and industry sources who can help you out when you have a question is invaluable, and something you could never imagine when you’re starting out.”

Those relationships have helped bolster Brownstein throughout her career. While her path has been built on diverse experiences, there is a thread that runs throughout—taking on new challenges, all different, but all including her core skillset. While she adroitly changed industries and types of roles, in each she brought her expertise in building relationships and exercising soft skills, then learned the necessary technical skills along the way.

“I believe that anyone can learn the content of a role if they have the willingness. But at the core, you must have strong writing and communication skills and the ability to flex your style to deal with different stakeholders.”

The first part of Brownstein’s career was in the telecommunications industry, the latter part spent at KPMG Consulting. In 2007 after she had started her family, she realized the life of a consultant had become a challenge; she started looking for a new opportunity and delved into her resume from a skills and toolkit perspective, finding commonalities in the work she’d done with clients and in the regulatory space.

She realized client management and regulatory knowledge was a good fit for large-scale program management and client management projects, and before long got a call from a friend at JP Morgan, who knew of a division that needed those two skills sets. In her new role, Brownstein was working on a multi-million dollar program that used her skills in managing multiple work streams and external and internal stakeholders.

Soon after, the financial crisis hit and her skill in working with large regulatory programs went from being an added value to a critical service. In 2010 she was recruited to Barclays, where she first managed a large regulatory program, and was quickly asked to work on a new regulatory request to create a resolution plan to unwind the broker/dealer function in an orderly fashion. They learned from the ground up, working hand-in-hand with consultants and attorneys; then with the Federal Reserve and the FDIC and also the Bank of England for a UK perspective on what resolution plan should include.

“It was exciting and daunting at the same time,” she says. “None of the jobs I did at that time were what I thought I was going to do, but I learned what I needed to.”

Before long it was clear that the relevance around financial services and regulation was more a requirement than a driving force. She saw a great opportunity to move to American Express as the head of regulatory relations, where she could again start something from scratch—a skill she was known for: learning quickly and helping businesses adapt. She had kept in touch with her Barclays colleagues and eventually was asked to come back in a similar role, as Head of Recovery and Resolution planning in the United States, also working with UK counterparts.

She finds it thrilling to be part of a space where she can have a seat at the table. “It’s exciting to be an advocate who can meet with regulators and share insight; we hope that our work is influencing regulation as they are tailoring rules in today’s political climate.”

Creating a Better Workplace through Mentoring and Coaching

As the mom of two daughters, Brownstein hopes that things will have evolved by the time they are in her seat. She finds that although the issues of pay gap and responsibility have improved, we are not yet to the point of equality.

She knows that different industries face different challenges, and in financial services, for example, it’s not the just the people but the nature of the work that can make balance challenging. Yet while it will never be a 9-to-5 job, Brownstein sees improvement via initiatives designed to promote better work/life balance and flexible work schedules.

As part of her commitment to an improved workplace, Brownstein believes that it’s vital to invest the time to coach and mentor. “I’ve learned you have to figure out your management style and how you want your team to perceive you, which allows you to build a collaborative group that’s adaptive,” she says. “I am really proud of my current team and our reputation for our ability to help people on different projects and engagements.” And, she adds, not only did she get to build her current team from scratch, but she has been able to help them evolve and grow, which pays dividends in a cohesive work environment, where team members will gladly abandon plans as needed to help one another.

And she shares her mentoring skills outside of her division, too, as a member of the Women’s Initiative Network steering committee that focuses on engagement and development. For the past few years she has helped with a group mentoring cohort of five to seven more junior women, where she hosts a series of mentoring sessions that cover topics that are immediately applicable to their current job status. “Helping the next generation is invaluable; even though it takes more time at the moment, the payoff is lasting.”

A supporter of the firm’s Encore! program, she recently hired a woman who had been temporarily out of the workforce. Barclays’ program is different than some in that anyone who sponsors an Encore employee has to have head count availability for them, making it a true path to a career option.

And she just joined a reverse mentoring program with a junior employee, eager to get their perspective and how they see things from a different lens.

An active volunteer, Brownstein has served on various boards with the Jewish Federation in MetroWest New Jersey, this year sitting on the allocations committee. She was recently asked to serve on the advisory board for the LEAD Program, an organization which provides high potential teens of diverse backgrounds with the opportunity to spend time on a college campus and meet with companies to learn more about different skillsets that will be needed in the workplace.

Tennis is her go-to for relaxation. And with two teens, including one a senior who is heading to college, Brownstein appreciates all the time she can enjoy with her family.