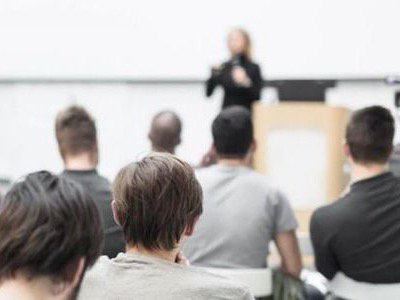 Leaders are being challenged with increasingly complex demands every day, and they are expected to respond in record time.

Unfortunately, the conventional approaches they’ve always relied on simply don’t have the same impact in the context of this new business environment.

I work with thousands of leaders every year, and many of them feel like walking to-do lists and perpetual firefighters who never have enough hours in the day. These leaders recognize the need to change the way they respond to chaotic and inconceivable demands, but they aren’t entirely sure how to do that.

The common question is this: How am I supposed to lead successfully in a fast-isn’t-fast-enough world?

The good news is, we can uncover some clues to the answer by looking at the innovative approaches used by today’s modern thinkers and trailblazing leaders. Their strategic choices are oddly counterintuitive, undeniably successful, and downright fascinating.

I’d like to share with you six of the new practices and describe how they are helping talented professionals elevate themselves into modern leaders producing enviable results.

1. Shaking off the age-old bias for action and perfecting the use of the strategic pause.

Successful leaders in the modern era seem to have adopted a new habit. Instead of making action the default for every challenge, these leaders are pairing that alternative with an opposite response. It’s not about replacing action, which we know is a necessary leadership ingredient. We still need to reach our goals, meet deadlines, and produce results. This is different.

They think of it as developing a companion habit that celebrates BEING rather than DOING. It involves a strategic pause. A mental time-out. Space for their brains to percolate. Whatever we call it, this new habit requires consistently taking some time away from the chaos of business to let ourselves think.

2. Escaping from the prison of their own perspectives and passionately seeking out cognitive diversity.

Modern leaders know that their own decision-making doesn’t come from a mentally neutral position, so they push themselves to uncover other angles. Not a polite, obligatory surveying of the crowd to reach consensus, but a mold-breaking, eyebrow-raising exploration to prove themselves WRONG.

These leaders aren’t just finding success through an openness to new ideas; they passionately seek them out. They value cognitive diversity and invite team members to challenge them with radical alternatives. They let go of the need to validate their own perspectives, and they focus all of their energy on finding the best solution to meet shared goals. No matter where those solutions might originate.

3. Ditching the need to let hard data drive every decision and welcoming the insights of soft intelligence.

Trailblazing leaders today have recognized the tendency to be held hostage by information overload. Even though it feels unnatural, they give themselves permission to break free from their dependence on data. Do they still value the facts? Definitely. They just work to gain a broader context about its meaning. They’re willing to be informed by data but not ruled by it.

Leaders who are open to the idea of Whole Data—a more comprehensive view of the facts— stretch beyond the usual quantitative boundaries to incorporate intangible elements. They better serve their teams and their customers by paying attention to stories and narratives, emotions and attitudes, worries and complaints, risks and vulnerabilities. They search for the qualitative information that paints a more vivid picture.

4. Dropping their dependence on the usual routine and letting go of outdated tasks and deliverables.

Today’s forward-thinking leaders have realized that everything consuming their time must earn the right to be on their to-do lists. To establish that competition, they have adopted a new approach that defies their normal logic.

Most leaders have a competitive streak that pushes them to take on more rather than do less, but they are seeing the wisdom in that concept. Narrowing their focus to expand their perspectives. Minimizing their actions to maximize performance. Doing less to achieve more. Through the ingenuity of letting go, they are finding abundant success.

5. Defeating the drag on their communication and creating positive experiences that expand their influence.

Modern leaders embrace the idea of disrupting their typical approach to communication. They start in reverse. Instead of trying to determine what information needs to go out, they concentrate on the end result. What impact do they want to make? What are the challenges and perspectives of their audience members? What experience would they like to create?

With that in mind, they peel away all the layers of complexity that have been clogging up their communication and get down to messages that are authentic and engaging. They present them in novel ways. They aren’t afraid to open a window into their motives and rationale. And they create a meaningful, compelling experience that communicates in a more powerful way.

6. Committing to metaphorically resigning their roles as experts and approaching tasks with the spirit of a beginner.

Modern leaders are accelerating their careers by breaking free from the expert trap. They no longer allow themselves to remain captives of their expertise. They are finding the courage to change the tired, old narrative with a new attitude, some genuine vulnerability, and the never-ending desire to learn.

Success for these leaders means deliberately putting themselves in positions to humbly learn and grow. Every single day. They have learned to value questions just as much as the answers. And, perhaps more importantly, they work hard to ask the right questions—many of which start with, “What if…?”

While these exciting new principles are remarkably effective, the most compelling thing about them is the way they are applied. It’s a selective process. Not a simple swap of out-with-the-old, in-with-the-new. There’s a firm acknowledgement that the old rules aren’t completely obsolete. The most successful leaders have a knack for knowing when to stick with the traditional approaches and when to break away. They’ve adopted a new brand of wisdom, and they know when to use it.

If you’d like to learn more about the strategies behind this fresh approach to leadership—one that is ripe for our challenging times—I invite you to read my new book.

Sara Canaday is a leadership expert, keynote speaker, LinkedIn Learning instructor and author. She works with leaders and high-potential professionals from organizations around the world to expand their capacity to innovate, influence, engage, and perform. Her new book, Leadership Unchained: Defy Conventional Wisdom for Breakthrough Performance, is now available on Amazon. For more information, please visit SaraCanaday.com.