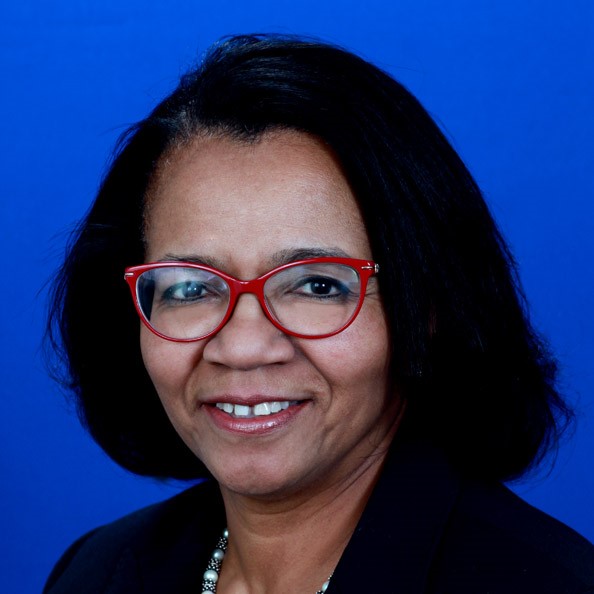 “When I look back on my career, I didn’t follow a linear path in one field because I was always open to opportunity when it knocked,” says Citi’s Kathy Jordan.

“If you’re willing to take a risk and give it a go, great things can happen.” That advice has followed her along the winding path from her first job as a Citibank teller, which helped pay for college, to her most recent promotion overseeing compliance for all of Citi’s U.S. consumer banking businesses.

The key is to take on growth opportunities as they arise, even if it’s not precisely within your field, Jordan says. “Opportunities are there,” she says. “Just remember that even when it doesn’t feel like it will be an easy or familiar road, it can still be a path to opportunity. Just set your sights on the goal, and give it all you have, without worrying that it might not be attainable.”

“Don’t limit yourself to one field if the chance arises to do something else that might be just as fulfilling,” she says, noting that this is increasingly true as you move into more senior level positions.

Jordan went to college with initial plans of becoming a doctor, but she soon shifted her focus to finance and became a banker, before attending law school and eventually working her way back into financial services and becoming a compliance officer.

She left her law firm to join the in-house counsel team with a former client, a boutique bank, where she focused mainly on mortgage issues. This led to an offer to take an in-house legal position at Citibank that gave her a chance to work more broadly across the entire consumer banking business. It was at Citi, in the early 2000s, that she made her biggest jump as changing regulations led banks to create dedicated compliance teams, separating roles that had previously been overseen by the in-house legal teams. “I wasn’t sure just what I was getting myself into, it wasn’t a clear path, but I saw an opportunity to make my mark in something new so I went for it,” she said.

In general, she suggests that you keep an eye out for new opportunities as industries shift. “You have to determine what is in demand and think more broadly about your career,” she says. “There’s no perfect answer to what jobs you should take along the way. The job you take at one moment might not be your dream job, but it may help you get there.”

Finding Advocates To Grow Your Career

“There are always people out there who can help you when you’re struggling—whether it’s with a specific problem or a career change,” says Jordan. She realizes the importance of finding those champions, and says she rarely makes a move without consulting with people who have her best interests at heart while bringing different perspectives. “Even when you’re starting out, it’s critical to find a circle of advisors who have more experience, whom you can call upon for input.”

It’s also incumbent upon women to share their successes, she says, adding that women don’t always speak as freely about their accomplishments as men. “I have had to work on owning my success,” Jordan says. “Modesty is important, but candor is better.”

She shares that recommendation with other women both at Citi and outside of the bank.

The retail bank has a robust program designed to reach minorities and people of color to motivate them toward larger roles.

Jordan looks back on the role her family played in her career with appreciation, and says she currently spends a lot of time with her parents. “I want to make sure they’re happy, as they sacrificed a lot for me,” she says. “Although neither of my parents had the opportunity to go to college, it was extremely important to them that I had the chance – and they structured everything to make my higher education a priority.”

Musically inclined, Jordan loves the opera and plays the organ in her spare time. “For many years I played in church congregations,” she says. “It is very soothing and helps melt away the stress of the day.”

This summer, Jordan was also named a member of the Banking Law Committee of the New York City Bar Association. This affiliation gives her an opportunity to step back and refresh her legal contacts, while becoming involved in discussions with senior lawyers across New York about cutting edge issues in banking law.