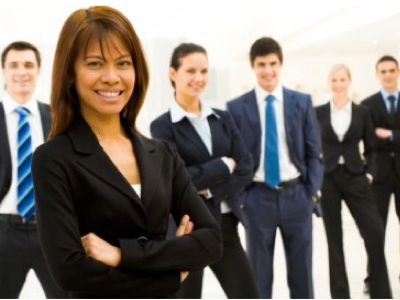 Even when our assessment of other people’s competence is wrong, their self-confidence can still have self-fulfilling effects, opening doors and opportunities to those who simply seem more confident.

This is one of the reasons that so many well-intentioned people have advised women to be more confident to get ahead at work and in their careers. There are several problems with this kind of advice.

First, it fails to recognize that confidence has two sides. Although confidence is an internal belief, it also has an external side, which concerns how assertive you seem in the eyes of others. This external side of confidence is the most consequential because it is often mistaken for real competence.

The bottom line: regardless of how confident we feel internally, when we come across as confident to others, they will often assume that we are competent, at least until we prove them wrong.

This link between perceived confidence and competence is important. Although women are assumed to be less confident than men and some studies have shown that women appear to be less confident, a closer look at the research shows that women are internally confident. In fact, men and women are both overconfident—even if men are still more overconfident than women.
As Harvard Business School’s Robin Ely and Georgetown’s Catherine Tinsley write in the Harvard Business Review, the idea that women lack confidence is a “fallacy”:

That assertion is commonly invoked to explain why women speak up less in meetings and do not put themselves forward for promotions unless they are 100% certain they meet all the job requirements. But research does not corroborate the idea that women are less confident than men. Analyzing more than 200 studies, Kristen Kling and colleagues concluded that the only noticeable differences occurred during adolescence; starting at age 23, differences become negligible.

A team of European academics studied hundreds of engineers and replicated Kling’s finding, reporting that women do feel confident in general.21 But the researchers also noted that women’s confidence wasn’t always recognized by others. Although both women and men reported feeling confident, men were much more likely to be rated by other people as appearing confident. Women’s self-reports of confidence had no correlation with how others saw their confidence.

To make matters worse, for the female engineers, appearing confident had no leadership benefits at all. For the men, seeming confident translated into having influence, but for women, appearing confident did not have the same effect. To have any impact in the organization, the women had to be seen as confident, competent, and caring; all three traits were inseparable. For men, confidence alone translated into greater organizational clout, whereas a caring attitude had no effect on people’s perception of leadership potential.

If women don’t lack confidence, then why do we see differences in how men and women behave? Why are women less likely to apply to jobs or to request a promotion unless they’re 100 percent qualified? Why else would women speak less in meetings and be more likely to hedge their bets when making recommendations?

If the answer is not how women feel internally, it must be how they are perceived externally. In other words, differences in behavior arise not because of differences in how men and women are, but in how men and women are treated. This is what the evidence shows: women are less likely to get useful feedback, their mistakes are judged more harshly and remembered longer, their behavior is scrutinized more carefully, and their colleagues are less likely to share vital information with them. When women speak, they’re more likely to be interrupted or ignored.

In this context, it makes sense that even an extremely confident women would behave differently from a man. As Ely and Tinsley observed at a biotech company, the female research scientists were far less likely to speak up in meetings, even though in one-on-one interactions, they shared a lot of useful information. Leaders attributed this difference to a lack of confidence: “What these leaders had failed to see was that when women did speak in meetings, their ideas tended to be either ignored until a man restated them or shot down quickly if they contained even the slightest flaw. In contrast, when men’s ideas were flawed, the meritorious elements were salvaged. Women therefore felt they needed to be 110 percent sure of their ideas before they would venture to share them. In a context in which being smart was the coin of the realm, it seemed better to remain silent than to have one’s ideas repeatedly dismissed.” Thus, because we choose leaders by how confident they appear rather than by how confident or competent they are, we not only end up choosing more men to lead us but ultimately choose more-incompetent men.

Tomas Chamorro-Premuzic is the Chief Talent Scientist at ManpowerGroup, a professor of business psychology at University College London and at Columbia University, and an associate at Harvard’s Entrepreneurial Finance Lab. He has published nine books and over 130 scientific papers. His most recent book is Why Do So Many Incompetent Men Become Leaders? (And How to Fix It)?