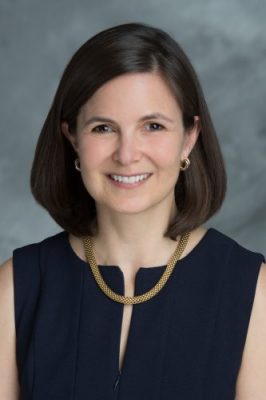 Over the years, Mariana Bush has been proud of the clarity she’s been able to provide to advisors around the complex issues in the funds she covers.

It was a lesson learned the hard way in the early-‘90s, when she realized that sophisticated investors didn’t fully understand leveraged closed-end funds.

When short- and long-term interest rates unexpectedly rose, and these fund buyers had never experienced the negative aspect of leverage, she “was ready to move to another city, change jobs and career,” she says, with a laugh in hindsight. She moved to Washington DC, but the experience instead colored everything she’s done since, which means she is more careful than ever to make sure that people understand the risks they are getting into.

“While most investment options are unique and offer benefits, potential investors also need to understand the risks and carefully consider whether they can tolerate what can happen in a worst-case scenario,” Bush says, adding that not even 2008 felt as painful as 1994. “And now I have the confidence that I’ve been through several cycles of closed-end fund stress periods and can identify when closed-end fund investors have probably overreacted creating an opportunity for investors, but only if they can handle the accompanying risks.”

She finds that lesson extends to work life in general; in fact, sometimes investors aren’t sure which questions they should be asking, she says. Having answered thousands of inquiries on closed-end funds from financial advisers over the years, sometimes she clarifies for them what they should be asking for. She finds that women are often more likely to ask for explanations, rather than being afraid to ask questions in a meeting or conference call.

One Firm, Many Names and Many Experiences

Bush’s career path has been straightforward, yet never boring. She has specialized in research since graduating from college 30 years ago, and with the exception of the first two years of her career has been with the same company, albeit with multiple names.

“I wish I had kept my business cards because while I have been at the same firm since 1991, my business cards have gone through six firm names,” she says. The most recent move was from Wells Fargo Advisors to the Wells Fargo Investment Institute, and while she says her team is still adapting to their new home, she’s excited about the strengths that will be realized by combining the benefits of the team’s new and old “homes.” “We’re combining them to create a 1+1=3 situation,” Bush says.

Describing the many transitions as a “whirlwind,” she says she has learned a lot from everyone, including that there was likely to be another one each time one was complete—even when joining Wells Fargo, one of the largest financial institutions in the world.

“The lesson learned is that there is always change and will continue to be, and during each transition you just need to focus on what you know you need to do,” Bush says. “Rather than wasting time fretting, we have to focus on what we can control and just do what we need to do every day. And if you always put the client first, ultimately that will take you in the right direction.”

Bush also has found that her curiosity has taken her interesting places; for example as she is from Peru, early in her career she would often ask about Latin American closed-end funds, and one day the Director of Research asked her to cover closed-end funds, not only those with a Latin America exposure. “It was hard—much like being thrown into the lion’s den— and I had to learn about them solo.” A few years later, the financial advisers started asking her about exchange-traded funds (ETFs) because they assumed she would know about those relatively new vehicles for the simple reason that they traded on an exchange, just like the closed-end funds that she was already familiar with. But as she started asking questions about these ETFs, she realized the only people who knew about them were a few traders, so she took it upon herself to learn more about this vehicle that has become a disruptive technology in the investment world, realizing that the more knowledge you gain, the more valuable you are to the team.

While she sees that women usually continue to take over the heavier burden for family care, Bush believes things are changing and hopes the pace accelerates. “My husband is progressive, and I expect that our daughters’ spouses will be even more so,” she notes.

She advises that women make time for themselves, both physically and mentally, as we need steady energy to keep us going. “Whatever your grandmother told you still matters: Eat nutritiously, get enough sleep, and exercise,” Bush says.

As a board member and currently chair of the finance committee of her daughters’ all-girls school, the National Cathedral School, she finds the appointment gives her energy as she applies the skills she’s learned at work to the school, and is also able to take best practices from school back to her work. “It’s been so inspirational to see what these young women accomplish, and often I benefit from their wise advice,” Bush says.