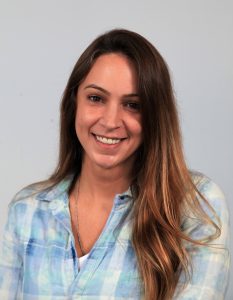 Before starting her career, Sarah Zilenovski had always believed you had to choose your area of expertise while still in college; while in reality, as she found you can build your path as you go.

While obtaining the necessary skills is vital, of course, she believes it’s important to plan while keeping an open mind. “We must remember that we can’t control external variables and that the person we are today is not the person we will be in the future. And as we change, so do our dreams and desires.”

And that means that your career might take unexpected twists, which you can embrace if you are confident in your abilities and potential. “I always believed that I could choose the companies or assignments that were appealing to me, not rely on it going the other way around,” says Zilenovski.

Born and raised in Sao Paulo, Brazil, Zilenovski moved to the United States in 2015, bringing solid credentials—including master’s and bachelor’s degrees in finance and business management from a top Brazilian business school—and experience.
She began her career in 2007 as an intern for P&G, working on customer business development. Soon after, she was hired as a finance manager for P&G largest manufacturing facility in Brazil. One year later, hoping to become more involved with the business side, she moved back to P&G’s headquarters to work as a finance manager for the commercial team, specifically working with P&G’s distributors and wholesalers.

After five years of a successful career at P&G, she began to think she’d like to try a smaller company, ideally one with a more direct social impact. For her, it was a leap, but she landed successfully at ClearSale, a company fighting against fraudsters—and was the fastest growing medium-sized company in Brazil.

There, she pivoted back to sales and marketing, where she had started at P&G; her first role was to manage the sales team during a large restructuring in the commercial area. That entailed recreating everything from the sales teams’ portfolios to the go-to-market strategy. In addition much of her focus was on the joint creation and customization of solutions with enterprise prospects and clients.

At that point it became clear to her that she preferred combining her business background with her proven communication and analytical skills, rather than leading the sales teams. She was subsequently invited to join ClearSale’s international team, with three other Brazilian peers, to open ClearSale’s first foreign branch, based in the United States, entirely from scratch.

After that successful launch, she is responsible for ClearSale’s global marketing and sales strategy, excluding the native market of Brazil. Zilenovski also recently started her MBA at Kellogg School of Management at Northwestern University, which she says is “a childhood dream, to attend one of the top American schools.” That’s one of the professional achievements she is most proud of so far—working in a position of great autonomy, at a company that trusts her insight and skills, while attending one of the best business schools worldwide.

A Work Culture That Meets All Her Needs

While Zilenovski has had a number of role models along the way, her first positive impressions started at home, with her parents who both held PhDs and instilled in her the importance of investing in knowledge.
In addition, her first boss at P&G, Ricardo Wasserman, gave her an early education in integrity—making it clear that rules are needed to define right and wrong, and there’s no space to question them.
At ClearSale, she finds the current EVP, Rafael Lourenco, to be a great example of being excellent while respecting your own desires, needs and weaknesses, by truly believing that we first must like what we do on a day-to-day basis. “After all, if our work makes us miserable it will be a lose-lose situation in the long term, even if we make it work in the short term.”

And that fits well with her goals of future success, which to her is far more than aspiring to a specific title or salary. For Zilenovski, success comes from working for a company with a high social impact, while considering that work/life balance can be a day-to-day challenge—it’s a marathon, not a sprint, she says. She appreciates she can build a routine that fits what she wants or needs in any given situation, such as flexible working hours and the ability to work from a home office. ClearSale’s culture, which focuses on diversity and flexibility, has been the perfect fit for her. “There are no distinctions regarding gender,” she says. “And it’s important to me that I have autonomy in an environment where titles don’t shape my possibilities,” she says.