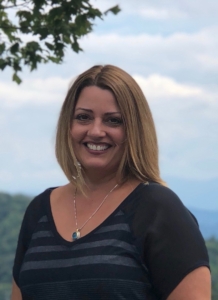 Career success comes easier when you focus on reinventing yourself professionally, without changing your core values, says Alex Trevino-McCallum.

Her success has come from taking her knowledge about two different industries and meshing them, to the mutual benefit of both.

From Retail to Banking

That philosophy is why Trevino-McCallum excels in her current position at Citi Retail Services, relying on her extensive background with her retail partner, Home Depot. She began her career there as a cashier at the age of 19 and worked her way up through various roles for the next 21 years. Along the way, she built relationships with subject matter experts throughout The Home Depot, including the store credit manager from Citi, which powers The Home Depot credit card. The Citi credit manager confirmed to Alex that joining the Citi team could be a great move for her career path.

While it was a hard decision, given the loyalty she had built up with Home Depot, she also believed she could bring a high level of knowledge to the position, since she knew the culture and people at the store so well. Although she lacked direct banking experience, her knowledge gained as the liaison between Home Depot and Citi made her an ideal candidate. The position required exceptional relationship-building skills and persistence to ensure associates were familiar with the credit options available—both traits where she excelled.

Trevino-McCallum transitioned to Citi Retail Services four years ago, moving from Mississippi to Atlanta, in itself an accomplishment as she was starting fresh with no support system. And that’s the professional achievement she is most proud of so far–having the confidence to pivot her career with this current role. As she becomes a resource rather than the “newbie,” she sees her decision validated every day.

And she appreciates the ongoing challenges of her position, assisting both Citi and Home Depot in navigating changes in the industry, and focusing on helping Citi become even more ingrained in the retail partner culture, then adapting those lessons to other retailers and specialty stores to keep expanding her personal development.

Family as a Barometer of What’s Important

Although Trevino-McCallum spends a great deal of time on the road overseeing 30 to 40 stores, she’s able to be home almost every night, which has been a game-changer for her. While her job is challenging and fast-paced, it enables her to prioritize her core values both at work and at home with her family.

While she has always put her family first, now they are able to sit down to dinner together most nights. “We’ve always made a conscious decision to slow down and enjoy time together, and this role allows us to do that,” she says.

This focus on family came early, with both her parents as important role models. Trevino-McCallum says that her mom is the strongest woman she knows—displaying empathy and compassion combined with grit. “Although she’s been through a lot both personally and professionally, she continues to see the bright side of everything,” she says. And Trevino-McCallum says she learned her ability to balance from her mom, whom she describes as “the queen of juggling.”

Her dad had a professional career that she aspires to, as she always admired his commitment and drive. “He was a great team leader and gained trust and engagement with those who worked around him,” she says. However, she notes that sometimes that came at the expense of family time so she aims to land somewhere in the middle.

Trevino-McCallum constantly works on accelerating her skills, and appreciates the opportunities that Citi offers via a wide variety of functional groups. She has a healthy curiosity in the business, including partner management, which would highlight her experience in building close relationships, as well as interest in operations and marketing, which would utilize her skills in team building and networking. She recently put her hat in to be part of the “SET” team (Store Execution Team), focused on delivering tools and skills to the larger Home Depot Field Support organization promoting efficiency and effectiveness.

To feed her desire for continuous development, Trevino-McCallum pursues individual learning via “Degreed,” a Citi-hosted learning platform, while remaining connected across the organization as a member of the women’s network in Atlanta. A highlight of her participation has been supporting a learning day for Girl Scouts that mirrors the “Shark Tank” model, allowing the girls to experience the corporate world in a creative manner.

In her time off work, Trevino-McCallum loves to read and travel, and although she relishes her time with her family, including those daily dinners, she says she and her husband look forward to an empty nest when they’ll have more time to start a mission of finding nearby hidden beaches.