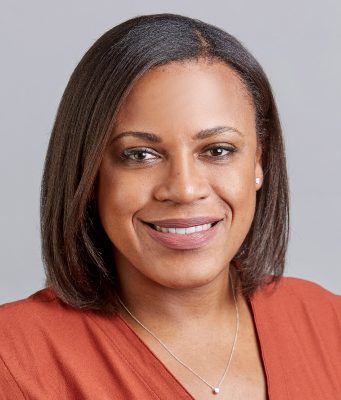 For PwC’s Jeanelle Johnson, it’s the experiences gained from taking on new challenges and living overseas which have made her career path so rewarding.

Having the right people around her was key to making it happen.

“Finding your people is extremely important in feeling like you belong, and sometimes you have to be strategic to find them,” she explains. For her, finding sponsors has been pivotal in helping her advance, both to understand the professional landscape and the unwritten rules.

Johnson started in a different career path than most of her counterparts in the consulting world; she began at a family-owned business in the financial services industry where she examined trading by company executives and wrote articles for mutual fund companies. She decided to earn her MBA—working full-time, while pursuing classwork part-time on the evenings and weekends.

While participating in on-campus recruiting, she interviewed with an investment firm in Baltimore for an investment banking role and started as an Associate, only to find out a month later the group was being sold. Johnson was getting married at the time so she took a pause to reflect on what she wanted in her future career.

Earlier in her career, Johnson had been exposed to Big 4 firms, which she was surprised to learn did more than just accounting—but also valuations and M&A transactions, which is what she had enjoyed most when she worked in investment banking. She had also been intrigued by their reputation among her peers and in the media, such as in Working Mother magazine, as a place where she could enjoy a challenging work environment, but also be able to carve out the time she needed to start a family.

Johnson joined a Big 4 firm in 2006 and worked there until August 2015, appreciating the flexibility they offered her—first working remotely from California while her husband completed a graduate degree; then working from home most of the week when her first child was born; and finally offering her a transfer to the London office to accompany her husband who had been offered an opportunity there—a stint that was supposed to be a year and ended up being more than five.

When they moved back, she and her husband decided it was best for the family to focus on her career, and he became the primary parent. Johnson was looking for a firm that was supportive of developing people like her into partners, and the recruiter who had hired her at her prior firm was then at PwC so she pursued an offer there. “I was offered a position that started in March, but I told them that I could not start until August, and they were willing to wait,” Johnson says, which confirmed she had found the right place. They moved to New York for two years and then returned to Washington D.C. in July 2017, which she says has been wonderful both personally and professionally.

And, she says, that’s the professional achievement she is most proud of so far…the ability to pivot to whatever opportunities she was offered, rather than just following a straight line.

Finding Role Models—And Acting as One

Johnson says she admires people who demonstrate grit and resilience, and who don’t let anyone see them sweat—even when they are. “Maintaining that calm, level head imbues confidence to everyone, while also being open and approachable—those are qualities I try to emulate,” she says.

As one of the senior women in her practice group, she is proud to take part in diversity and inclusion initiatives that help promote the idea that it is possible to have both a successful career and family, especially as an underrepresented, minority woman. “Much of the corporate world was not designed by us or for us, so being visible allows younger people to see what they can accomplish,” she says.

Recently, Johnson joined the board of directors for a charter school in D.C. as another way to share her professional acumen.

With two children ages six and 10, she appreciates the opportunities that were presented by living overseas. “It provides you with such an interesting frame of reference; we traveled extensively, and my daughter has visited 18 countries…she’s drummed on the streets of Istanbul and been in a backpack in Marrakech markets.”

“Traveling gives you a broader view of the world, and I am passionate about instilling that in my children. If you stick to what you know, you may never see what is possible.”