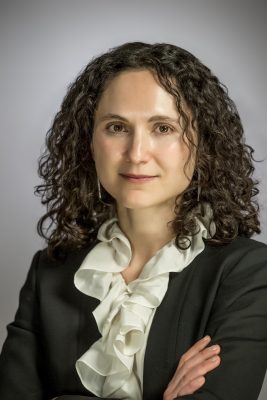 Inna Jackson’s biggest learning moment came immediately after completing a very large and intense project—one that didn’t pan out the way she had envisioned, an unexpected outcome given her successful career to date.

“I was forced to take a large step back to reconsider the work I’d done. I realized that while I had worked very hard for a prolonged period of time, I had focused on a level of details that, from a longer-term vantage point, were insignificant,” she says.

That one experience gave her a larger lesson as a way to consider how you spend your time. “We all like to say how busy we are; being busy makes us feel valued, needed, grounded. But my big focus has become being busy with the right things that will actually create lasting value.”

Finding Her Passion in Legal Work

Her career mirrors that aspiration. Jackson began as a corporate and M&A attorney in private practice, working with a range of clients on cross-border, M&A, private equity and other transactions across a wide variety of industries that included media, telecommunications and real estate.

One of her most exciting projects came when she was selected to serve as assistant outside general counsel and transactional attorney for a multinational multi-billion investment fund in its acquisitions of 17 hotels in Mexico and the Dominican Republic. She cites this role, which spanned four years, as one of the highlights of her law firm experience due to the meaningful work, but also because of how interesting it was culturally as she routinely worked with partners, advisors and investors in Spain, Latin America, the Netherlands and Abu Dhabi.

Halfway through her career, she moved in-house to work at American Express. For her first assignment, she lawyered American Express’ Business Insights (data analytics and reporting business) from the ground up, spearheading a foundational privacy and regulatory legal analysis, creating baseline processes and agreements and negotiating a number of cutting-edge data analytics and data license partnerships. She also supported the Global Merchant Services organization on a range of strategic negotiations, marketing and product build initiatives.

But she discovered her passion for digital work when she was asked to join the core team negotiating and building American Express’ relationship with Apple for Apple Pay, one of the Company’s first strategic mobile wallet partnerships. Jackson then moved on to support the digital team full time, playing a core role in the Google Pay and Samsung Pay negotiations, and leading many other initiatives involving issues of first impression, including partnerships for Amazon Alexa, Amex’s bot on Facebook Messenger and the more recent partnership with PayPal and Venmo, among many others.

“This work has been particularly exciting because it sits at the cross-section of what other lines of business do, but with layers of innovative issues and considerations,” Jackson says. She notes that to do her job well, it is essential to take a practical approach as a partner to the business team, rather than solely as a legal advisor, and to constantly seek the bigger picture by connecting the dots for considerations and priorities across the organization.

Growing Her Expertise—And Her Brand

Throughout her time at American Express, Jackson has earned a reputation as a key thought leader in enterprise data strategy and third-party data sharing frameworks, the professional achievement of which she’s very proud. “When I started my career at American Express, I knew very little about data or privacy, but throughout my eight years here, data considerations have been a consistent focal point,” she says. “I’ve served as a principal architect of numerous arrangements with savvy counterparties, including Amazon, Google and Apple, and I’ve progressively built on these learnings in partner negotiations as well as funneled them into the enterprise principles and approach.”

Along the way, she’s rethought the notion of what it means to be a “women lawyer,” moving away from her first impression that she had to fit a cookie cutter stereotype. “It’s not that I had a particular human in mind, but rather the idea of a corporate individual as a machine—centered around a logical core, extremely efficient, neat and trim, working around the clock, showing limited emotion,” she says, imagining that everything that made her unique must be put aside during the workday, almost like an extracurricular project.

Fortunately, she realized that real life is far more nuanced, and while some elements of the stereotype may have truth, they are not as radical. “As individuals, we have a lot of control around how we shape our own brand and the culture we inhabit and want to inhabit,” she says. In fact, she’s found that the leaders she has most admired are those who are comfortable sharing aspects of their unique personalities and being appropriately vulnerable while retaining the corporate persona.

Over her career, she’s had several sponsors and has been loyal to them—possibly to a fault, she says. She has appreciated that her sponsors have given her opportunities that she didn’t even recognize she was capable of handling; for example being asked to work on multi-pronged digital projects with no precedent. Each time, she rose to the occasion and spent days, including weekends, charting out a game plan, with a possible deal structure, issues and stakeholders. “It is through my sponsors’ belief in me that I’ve learned that no project or issue is unsolvable and that with curiosity, resilience and ultimately, the right team of people, there is always, eventually, a path forward,” Jackson says.

A Focus on Family

While Jackson has had many role models over the years to pick just one, it has to be her mom. She set an amazing example—switching professions mid-career when she immigrated to the United States and learning not only the English language but also the necessary skills to excel among people who started in her field years earlier.

It was through her mom that Jackson learned resiliency, recalling how maddening it was when her mom helped her with homework in middle school, and even after she was ready to give up, her mom would persevere until she understood the problem. Although she worked long hours with teams in India and others around the globe to turn around complex projects on very tight timelines, Jackson recalls that she made it look easy. “By being very present, not cutting corners and having an ultimate belief that even the most tangled issue could get figured out, she seemed like a superhero.”

And now Jackson is passing on those qualities to her three daughters, along with her love of travel and languages.
She is fluent in Russian and Spanish and can also speak French and Italian. And while her travel options were limited when her daughters were younger, they are now at fantastic ages to travel, and they have been planning trips to Europe and South Africa this year.

Throughout her career Jackson has been active in pro bono work—in law school, where she was chair of the pro bono committee, to private practice and now at Amex. Over the years, her work has ranged from helping 501c(3) corporations with bylaws and other corporate matters to helping with immigration and asylum matters for various clients, including through Kids in Need of Defense (KIND) and Catholic Charities Immigration and Refugee Services.