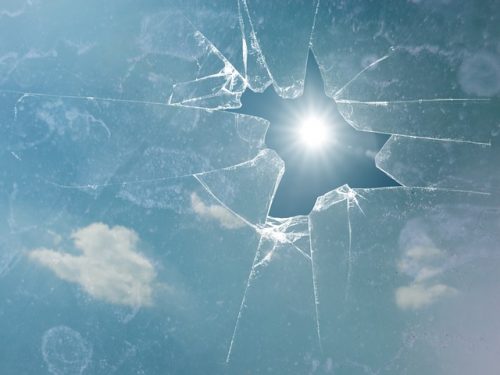 If I asked someone on the street to name 3 male CEO’s they’ve heard of, they probably wouldn’t struggle to answer. Ask them for 3 women and they might falter.

This is in-part due to the glass ceiling. The glass ceiling refers to the invisible barrier women may face in their working life. It’s the theory that a woman can work her way through a company with a promotion in sight yet is blocked from senior roles, no matter how qualified she may be. Coined in 1978, this theory, sadly, still holds true.

So, are men better at business?

Research on many top UK and US companies has demonstrated otherwise.

Companies with a female CEO on average had better return on capital than those with no women on executive committees.

Women CEOs in the Fortune 1000 Drive three times the returns as S&P enterprises run by men.

According to research conducted by University of California Berkeley, companies who value gender diversity in their organisations see a boost to their bottom line.

A study found that girls outperformed boys in a collaborative problem solving. The study was repeated in numerous countries and the same results were recorded. This collaboration is important within a business environment where many teams exist and are required to work together on shared goals.

Additionally, in developed nations, women outperform men in education across the board.

In the US, men, no matter what their ethnicity or socio-economic group, are less likely to achieve a bachelor’s degree at college. In fact, 40 years ago, men made up 58% of college places and today this has reversed.

In the UK, this situation is mirrored, with campaigns such as ‘take our son to university day’ cropping up to increase the number of boys in higher education.

It would seem than women’s higher academic achievement would have predicted more women ending up in the highest business positions.

How can the glass ceiling be shattered?

Although it will take many decades before gender roles are eliminated and attitudes change completely towards women in the workplace. Sadly, for now, women must work harder than men to achieve the same success. Here are a few steps you could take to reach full potential in your career.

Studies have highlighted that women tend to undervalue themselves. A way this manifest is not asking for a pay rise, or a promotion when it’s deserved due to fear of losing a job and being perceived as ‘pushy’ – a trait more comfortably accepted in men. This is great news for our CEO’s who are saving money due to our unwillingness to request a pay rise!

Don’t settle for lower than you deserve due to a lack of confidence. If you feel you really deserve a pay rise or promotion after your hard work and service, speak to your manager and let them know how you feel. It’s important not to remain trapped in a role when you deserve better.

This undervaluing is problematic before even being in a role. Research has shown that women apply for a job role if they meet 100% of the requirements, whereas men will apply with just 60%! Don’t let not meeting all the criteria put you off. An employer doesn’t usually expect someone to meet everything and might be impressed by the experience and credentials you already possess and see great potential in you.

A large part of building success is learning from others and building relationships. Attending network events is a great way to meet likeminded business people. There is a plethora of business events aimed at women, which aid by increasing confidence and self-esteem, connecting with mentors and forging business partnerships and friendships.

Stereotypes that women don’t take risks continue to prevail. Taking risk is essential in business and women who have made it to the top have not done so without an element of risk and some failure along the way.
Remember that failure is a part of succeeding. Acknowledging and accepting failures can make you a stronger and more successful businesswoman. Failure teaches us our best lessons and can be a source of motivation.

Ella Patenall writes for Inspiring Interns, which specializes in sourcing candidates for internships and graduate jobs.