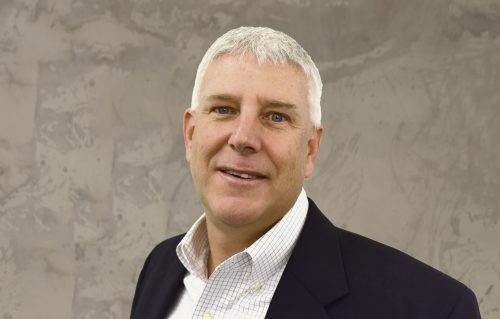 For Bob Miller, family has helped drive the realization that leaders play a key role in championing diversity.

He has heard stories from his wife, a Hispanic professional, about subtle challenges she has faced in the workplace in the past as a woman and as a minority.

Miller has held a wide variety of roles over the years, including seven years as an officer in the U.S. Navy, three years working for a small construction company and three years working for a small consulting firm prior to coming to Booz Allen Hamilton, where he’s been for 16 years. Throughout his 29-year career, he says he has been privileged to supervise and work for and with a diverse, talented staff.

“I believe that by building diverse, highly functioning teams, you can achieve outstanding results,” he says, adding that staying balanced and building strong and loyal teams has allowed his teams to prosper regardless of market conditions.

Over the years, he has routinely worked with and been an advocate for women, often in traditionally male-dominated fields including the military, construction, engineering and government consulting. “I have always believed in ‘fairness,’ and the idea that hard work should pay off, and have been surprised to learn that is not always the case,” Miller says.

“Hard work, talent, drive and results should be what matter regardless of race, ethnicity, sexual orientation or identity.” Therefore, he believes that executives must utilize their positions to ensure that talented people have opportunities to excel and meet their career goals as well as achieve work-life balance.

Over the years, he has had the opportunity to both mentor and sponsor several women and has also volunteered to be the diversity and inclusion champion for his current business unit of 1,300.
That entails evaluating and promoting opportunities to further diversify talent. A diverse and inclusive environment takes into account all levels of your organization, including recruiting and hiring. Cultivating a diverse initial talent pool can be achieved by targeting specific universities and employee resource groups, as well as ensuring that your organization is attractive to diverse candidates. “You have to be able to proudly discuss your company and its commitment to diversity to attract the kind of candidates you seek,” he notes.

Then, it’s crucial to retain talent by making sure you tailor your mentorship, guidance and leadership to all individuals to make sure they feel valued and are getting the support they need through robust programs.

A seasoned mentor and sponsor himself, Miller says a key component is understanding where your employees are in their career and where they want to go. “Help the person envision a path to achieve their goals and then support them on the journey,” he says, which can sometimes entail tough love. “It will not help the person if you gloss over weaknesses or blind spots.”

Part of a manager’s role is recognizing that talent comes in many forms and fashions; for example, someone quiet and reserved may be best in a given role even though they don’t command the spotlight in the same way as others.

And then make sure that talented individuals see themselves reflected at all levels of an organization so they can envision and realize a path to achieve their goals.
Also remember that as career paths and goals change, sometimes you no longer are the person who can do the best job as a mentor. By revisiting the relationship over time, you can be sure you are on the same page throughout the journey or even be willing to suggest another sponsor if that is appropriate given changing circumstances.

The Role of Unconscious Bias

Miller recently participated in training in unconscious bias, which was insightful in illuminating times he had unwittingly showed unconscious bias. One example involved a talented mid-level leader with enormous potential for upward mobility who recently became pregnant with her second child. Miller initially considered assigning the managing role for an upcoming major proposal to another capable leader, specifically to protect this female employee from the stressful and long hours of the proposal. However, upon reflection, he realized that she needed to be given the opportunity to decide whether she could take on that role or not, rather than depriving her of a career-developing opportunity without giving her a voice.

What Leaders Can Do

Leaders have a key role to play in ensuring an inclusive environment. The first step is to make sure the environment is safe and respectful for everyone, including men, women, multicultural staff, and people of varied religions, beliefs and different sexual orientations. “Respond quickly and decisively when you see evidence to the contrary,” he says.

It’s also important to take a look at the roles you assign people; for example, mix up who takes notes at a meeting.

Then, expand opportunities throughout your team. “Many times we have our ‘go-to,’ people and we end up overly stressing a few and not realizing the potential of others,” Miller notes. “We need to make a conscious effort to constantly step back and think about all the talented people on our teams and afford opportunities for those staff to prosper.”

Make sure the firm has policies that support an inclusive environment. “Try to find a way to offer a ‘yes’ in work schedules and work-life balance, especially for employees who are caring for children or elderly parents. Don’t make employees choose between work or life. Find ways they can have both.”

Finally, he advises that leaders give credit where credit is due. People will be more apt to speak up with diverse opinions if you don’t just reward people who parrot the ideas presented by others.

“We achieve better results when we avoid group think and have honest and open dialogue where everyone knows their opinion has merit, and they are not afraid to share,” Miller says.