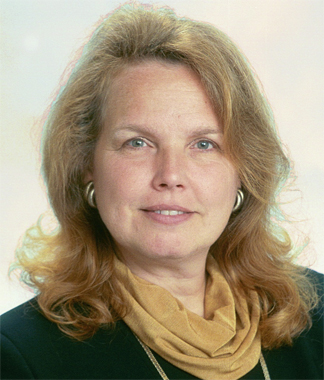 “People are right when they say, ‘If you fall, get back up again,’” says Sue Reager.

Her strategy after failing? To mope for a few days, then stand up and say to herself, “Okay, was the direction I was traveling worth pursuing, or should I go somewhere else? And if the destination is the same, is there another path to get there?

“It really is true that when you fall down, you just say ‘Drat!,’ and get back up again,” she says, a philosophy that has paved her successful and innovative career path.

A Varied Career, Focused on Finding the Perfect Fit

Reager’s career path has always been one of blazing her own trails, starting with becoming a professional choreographer at age 14. She started college, but midway through began teaching college instead, which she says was her first discovery that it is possible to follow a different path when you use your initiative.

After teaching her second year, she realized that the 10th year would essentially be the same as the first and she needed a new challenge, so she set her sights on a career switch and spent the next 20 years working for major media in 34 cities and 17 countries.

“I was told that it was not acceptable for women to work around the world — — however I went anyway. I would definitely never call those the ‘good old days,’,” she says, noting that was the moment that she learned she could make her own decisions, take care of herself and face the world without fear.

Along the way she discovered that because people do business in their own language, she had to study languages every night — grammar, verb conjugations, pronouns, adjectives – all the idiosyncrasies of various languages. But that can be daunting since it takes three to five years to learn to speak a language well enough to efficiently conduct business.

When she was invited to go to Korea on year 20 of her global jaunt, she realized that she didn’t want to start all over again learning a new language and instead returned to the United States determined to solve the language problem.

Opening Up a World of Possibilities

Her first step was to learn how to code, which allowed her to offer her services in code correction for major tech companies that were localizing applications into other languages, but were finding their code was altering the target language. She learned over time that the developer engineers were all making the same mistakes and that what they coded would never work in Japanese, Korean or other Asian languages. Upon further research, she determined that all of these developers were following what they had learned at the university, and the books were wrong.

That discovery led to her first invention, which was a way to localize extremely complex audio products like telephone systems without touching the code.

Then she began to help the speech industry by providing voices and special recordings that create the phonetic information required to generate text-to-speech technology. Her efforts led to her latest invention that is the successful integration of the great language companies of the world under one “roof,” resulting in truly excellent business applications that create cross-language communication.

It was around age 40 that Reager discovered she had something to offer the world that she had not yet recognized. “I am an inventor with a brilliant mind,” she says, adding that this realization was like a seismic shock. And, as she says, life has been really fun ever since, with a reason to leap out of bed every morning.

“To me it is almost beyond exciting that using our software will allow one teacher to teach in 78 languages through live real-time subtitles,” she says. The company has also created a way for small business to attract and serve customers who speak other languages; in the past only huge companies could effectively expand globally due to the expense of translation and the need for special personnel to be hired to service those customers. Her company’s software takes over that job, enabling a small company to communicate, sell and serve around the world.

Reager’s company adds an additional focus: that of empowering wounded veterans to perform fulfilling jobs, as well as enable those who are deaf or blind to work in business on equal footing. “Our invention is revolutionary in this respect,” she says.

Moreover, they have invented a device called the “Eye-Belt” that is a belt that acts as eyes for blind people, telling them how to maneuver around obstacles. As more features are added, it will also tell the blind more about the person in front of them. “Our goal is to provide a new freedom to people who have been limited in the past,” she says.

A Company Culture Devoted to Equality

One of the reasons Reager believes her company has been so successful is because it is run on the basis of consensus, which is more of a Japanese style of doing business, and means that everyone involved needs to agree on a given direction. Anyone who feels strongly that the direction is wrong is encouraged to fight for their viewpoint, because there is probably a good reason for it.

“The concept of equality permeates our company culture,” she says. “Each voice has equal weight and equal merit, and if one person accidentally tries to overpower another, we simply pull the rug out from under them. We are very honest with each other, and we do not criticize.” Without levels of hierarchy, the lines blur between the “worker bees” and executives, eliminating commands and “royal decrees.”

This equality in the office is a perfect metaphor for the equality they are trying to create by removing language barriers around the world.