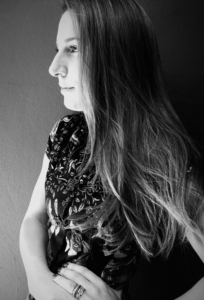 “While law might appear to be my main job, I also excel at understanding people and their behavior,” says WEX’s Priscila Palazzo. “It’s important to be open to new ideas and thoughts, but especially to feedback. If you seek it out and reflect on it, it can help show you areas where you can grow and improve. As women, we tend to follow our hearts and intuition, but we need to balance that with feedback.”

Law and Business Combine for Success

Palazzo’s “career” began at an early age when she worked with her dad as a child, making two pennies to start. But as she got older, he started including her in meetings which gave her a flavor for work situations. Although she had hoped to eventually work with him, she ended up pursuing a law degree. In her native country of Brazil, you can begin working as soon as you start law school, and so on her first day of class she started as a trainee in a law firm, experiencing the challenge of balancing work and school simultaneously.

With a specialty in labor and consumer law, Palazzo moved to the United States as soon as she graduated to take summer courses at Harvard, and on her return joined a firm specializing in business law. She became a partner at a young age, which gave her more exposure, and a larger law firm soon invited her to join the M & A team where she assisted the former company that became WEX.

She says that when WEX took over, she made what at the time was a joke that maybe they could actually sign her paycheck, but it wasn’t long before she realized that she was interested in leaving the law firm to go to the corporate environment. Though she had initially worried that she wouldn’t find it as inspiring to work for just one client, Palazzo has been there four years now and continues to appreciate the variety of work.

Recently she was invited to lead an exciting project that focuses on business, a fascinating intersection that keeps her connected to people all around the company. “Being a lawyer is amazing, but it’s also exciting to be able to reinvent yourself. I’ve had to learn how to communicate with different audiences, other than exclusively with lawyers,” she notes.

While she names her dad as her first sponsor, she also appreciates the foresight of the main partner at the boutique law firm who offered her a trainee job. As Palazzo says, since then she has been surrounded with good people who have been helpful in providing advice – and sometimes, most helpfully, sharing what not to do.

A Multi-Cultural Heritage Contributes to Success at the Global Company

Palazzo is delighted to be able to use her Latino heritage to make a difference; as WEX expands to multiple regions, the company has begun translating its internal communications into Spanish, and she has enjoyed sharing her knowledge.

That multi-cultural bent extends to her mentors, including José Roberto Kracochansky (CEO for WEX Latin America) and two colleagues, Hilary Rapkin and Keith Rodda, with whom she’s been working for four years. “Hilary is Canadian and Keith is from South Africa, so it’s not only language but behaviors and customs we have to integrate,” she says, adding that everyone has a different idea of the ideal model for practicing law.

Being attuned to different cultures is something that’s always been part of her makeup, with a big family who is half Spanish and half Italian. She speaks several languages and is an avid traveler, which began at an early age when she participated in exchange programs. Over the years, she has grown to appreciate the significant upsides that come from meeting new people and learning about their cultures. “The more you learn from other people, the more you can relate to others and learn cues to their behavior,” she says.

“I am also not a traditional lawyer; I laugh out loud and am not the buttoned-up stereotype you might imagine,” Palazzo says, to the point that she finds sometimes people are surprised to learn her occupation.

“I was always encouraged to live outside the box, and it has paid off in my ability to face different challenges,” she says.