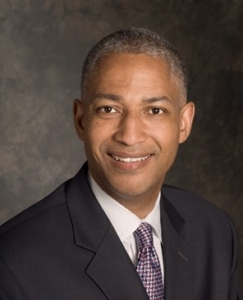 Numbers talk, say Wells Fargo’s Lance LaVergne, and one of the most powerful ways to point out the importance of diversity is through the data. “The numbers can tell a compelling story and show you where you have areas of opportunity,” he says.

His approach is to start with the baseline assumption that the company recruits great people, so if these smart, capable people come in and then have an under-performing experience, a company really needs to consider other environmental factors .  And if data doesn’t work, he appeals to hearts and minds: “To be effective, all your people need to be experiencing the organization in a positive way.”

With enough of these conversations and effective solutions, people will commit, he says. “If you are trying to promote meritocracy and are significantly  represented in one particular group, chances are we’re missing some of the best people available,” he points out.

A Career Built on a Commitment to Diversity and Inclusion

Currently a senior vice president within enterprise talent acquisition, LaVergne leads the strategy and practice team, which includes targeted recruitment of diverse groups such as veterans and people with disabilities. In this role, he oversees all recruitment marketing, advertising and employer branding, including social media and candidate experience, as well as the assessment team, which builds out their online and written assessments.

He has seen the industry evolve from the mid-90s when his employer Merrill Lynch was engaged in diversity activities, but it wasn’t until he took the role at Goldman that he came to appreciate the value and importance of diversity and the impact that this type of work can have on individuals and the broader organizational ecosystem.

Over the years, he has observed the challenges that people from underrepresented groups face in large organizations, which is why he has been committed to addressing the issues and helping people overcome those challenges. “Typically, diversity initiatives start with gender and ethnicity, and then as the analysis broadens, you are able to identify other differences in people’s backgrounds that can inhibit their progression and success in an organization, such as sexual orientation, socioeconomic status or generational difference.”

When thinking of gender equality, LaVergne notes that even in industries and companies with broad representation of women, it often still remains a pyramid, where the closer you get to the CEO, the lower the gender representation becomes.

He finds that as companies analyze the experiences women have, they recognize the need to understand why women are either not progressing or are opting out at certain career inflection points and to implement programs that address the declining representation curve. “Once you understand the issues, then you can design initiatives that specifically focus on those issues.”

The strategy has to be two-pronged: greater visibility and talent development for women as they are progressing and then fixing the institutional barriers that exist. They have to happen simultaneously, he points out.

At Wells Fargo, 33% of its Board director nominees are women and the company has a strong record of recruiting, promoting, and rewarding women at all levels of the organization.

Because he works in HR, LaVergne has ample opportunity to mentor women within his department, but he also advises women in other lines of business on how to navigate the culture and different work situations. And since male perspectives may be different, he finds he’s often called on to provide insight into how to interpret interactions. He also frequently serves as a network broker to help plot strategies for garnering better visibility.

When working with leaders to help them appreciate the experiences of those from underrepresented groups, LaVergne knows it’s important to have a variety of tactics available to address blind spots, employing different strategies based on his relationship with the person. If he knows them well, he can be direct about dynamics and approach the situation head-on.

But if it’s not someone with whom he has a relationship, he employs a more diplomatic approach: He’s found it helpful to share analogous situations that help them appreciate the circumstances. “When you start to make it a little personal, people can better understand  the issues you are trying to discuss,” he notes. A favorite example is asking men if they’ve ever been to a women’s club meeting where they were the only guy, and to recall how it felt to stand in a corner by yourself because no one talked to you. “When I say, ‘Imagine if you had to do that every day,’ they really start to understand how it feels to be a woman in an often male dominated industry.”

Finally, he believes people must be mindful of language. One of his least favorite “proof points” for the importance of diversity is “It’s the right thing to do.” That’s because, unfortunately, when times get tough and hard decisions are made, people get real focused on business and the “right thing to do” can get lost in conversation.

On that same note, he says that it’s important to use language that affirms a group’s ability to succeed, cautioning others to avoid any language that undermines or questions the capabilities of underrepresented groups.

“We don’t have enough women,” or “We just need to hire more minorities,” can indicate that the company is making concessions or compromises to achieve diversity. “Instead we need to talk about the value of diversity and the skills, attributes and achievements different people bring,” he says. “We have to recognize the success that comes when we incorporate different viewpoints and backgrounds.”

LaVergne also went on to say,

“At Wells Fargo, we aspire to hire the best talent that reflects the diversity of the customers we serve because a workplace that leverages both our similarities and our differences is a competitive advantage in the marketpace .”