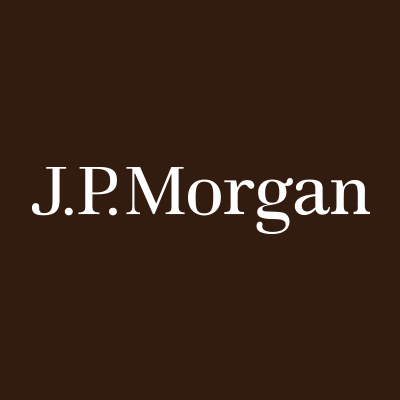 “Remember why you were hired, and you will continue to outperform. We brought you in not to conform but to shake things up,” is the advice JP Morgan’s Leilani Farol gives young women.

“Don’t do exactly what your boss does, but do things in a new way that only you can.”

Leilani is proof that grades aren’t everything. As a self-described C-student, she never let her grades hold her back.

In fact Leilani hoped to parlay her degrees in marketing and computer information services into a position with one of the big companies that was conducting on-campus interviews. She visited one of the IBM recruiters while he was planning for the evening meetings but he told her she wasn’t on the list due to her grades. She persisted, and he said she could talk to him while he prepped for the first real interview; she impressed him so much she got the job.

Her career took off with stops at IBM, 1-800-Flowers, Estee Lauder, Pfizer Pharmaceuticals and finally JP Morgan. This has been her longest tenure to date, a place she has stayed because of the variety of roles within the firm, from tech operations to cybersecurity and her current position in global technology infrastructure.

While she started out as a technical developer, she soon realized her social skills lent themselves to success as a business analyst; Leilani credits these soft skills with being able to attain “unexpected wins” despite her non-traditional background. In an environment where most people rise within the financial industry, she was recently promoted to executive director even though she came into the industry through a different route.

She’s also learned to trust herself. “I could have taken my ‘C-student-ness’ and said that was my path, but I know my ability and what I can offer to any organization so when I was given an opportunity I knew I would take it and run with it. It’s fun to come in every day and be thrown into the deep end.”

One area of particular fascination within the financial industry is technology risk, given the potential for cybersecurity incidents. “We always have to stay diligent with both active and passive plans to address any potential attacks. The hacker’s job is to attack, and mine is to thwart it. It’s a high-stakes game.”

Finding Support As a Woman and LGBT

Leilani counsels women not to put a gender barrier on themselves by assuming they will hit a ceiling. “I encourage them to work on realizing their value as a tremendous asset to the technology industry. You need to get out of your own way and be bold and fearless with all you bring to the table,” she says.

And women need to help one another. One moment that stands out was meeting the CTO who reported to President Obama at a Lesbians Who Tech Conference. At the time Leilani’s six-year-old hated computers, and she was trying to show her the many ways that women were successful in tech. “She gave me her card and asked my daughter to email her. This woman was so busy and did it anyway, and that meant a lot to me.”

In addition to her outside groups, Leilani appreciates the dedicated JP Morgan business resource groups such as Women in Tech and Women in FinTech and notes she’s always been able to find a supportive network of women in technology willing to bring people along.

She also recognizes great strides that have been made in the LGBT movement. She laughs that when she first started in the corporate world, there technically was a LGBT group, yet it was a “secret list.”  Fast forward to 2015 when she co-chaired the Tri State Pride Network, marching her family proudly down Fifth Avenue. “It was positively overwhelming to look around and see the support.

“Being gay is a non-event for me in my corporate life, but it didn’t happen because I did it but because of the fact others paved the way,” she says.

Leilani says that her two daughters, age nine and two, are as different as can be — one more gender nonspecific and the other “a princess.”  She appreciates her wife, who is a psychotherapist and has adjusted her schedule to be with the kids most of the time.