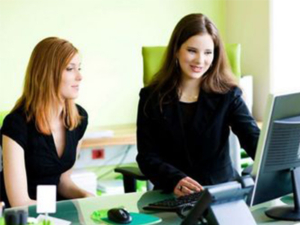 This article is part of theglasshammer.com’s annual women in Asia feature running throughout the month of August.

How easy is it for Japanese woman to climb the corporate ladder in modern day Japan? With the establishment of Japan’s Equal Opportunity Law in 1985, Japanese women have become a fixture on factory floors and construction sites across Japan. In universities, Japanese women consistently perform to the highest international standards and are viewed as one of the best educated female demographics in the world.

Despite this, professional women are far from reaching equality. The average income of women in Japan is 30-40% of what their male counterparts make. In 2005 only 10.1% of all corporate management persons in Japan were women while women made up almost half of Japan’s entire work force compared with the U.S. at 42.5%. In politics Japan ranked 123rd out of 189 countries in a global survey measuring political equality. More recent figures have shown little improvement. In 2011 only 4.5% of company division heads were female, increasing just 3.3% from 1989. And yet despite these alarming statistics, there have been some successes in the last few years.

Japanese feminists often refer to a “bamboo ceiling” at the top of the corporate world, poking fun at the idea that the western glass-ceiling is at least transparent. According to a study by McKinsey, in 2011, of the most senior, executive-committee level managers in Japan, 1% were women while in nearby China and Singapore the numbers were 9% and 15% respectively.

The reasons behind this dismal statistic are a mix of Japanese business practices and a strong culture of homemaking women. In Japan, companies will often hire a recent graduate for their full working lives. Promotion and advancement often hinges on tenure and total overtime hours making maternity leave or finding corporate work after an extended absence from the workforce not only difficult but often akin to career suicide. Emphasis on long overtime hours also makes women less able to balance family and career responsibilities past pregnancy. Kuniko Inoguchi, a former cabinet minister in charge of gender equality says “If expected to work 15 hours a day, then most women will give up,” said “Japan is losing half of its brainpower as it faces a labor shortage.”

Like much of East-Asia, workplace discrimination is still at the forefront of the battle to put women into corporate. A study asking why Japanese women left the workforce cited dissatisfaction with their jobs and placement in “dead-end” roles as the main reason. Other causes of workplace discrimination include a cultural aversion to pressing discrimination charges and an Equal Opportunity Law which includes no actual punishment if broken.

These factors have resulted in a 70% resignation rate for Japanese women after their first child. And although it is globally typical for many women to leave work during this time, it is Japan’s return to work rate which leads to the biggest problems for professional career advancement. Because of long hours and a preference for lifetime employment, many corporate companies feel it is unprofitable and troublesome to hire women who are past their 20’s. This leads many women returning to work into part-time or temporary jobs with low pay and little career trajectory.

When looking at the lack of women in the Japanese corporate world we also cannot discount the effects of these women’s own agency. When deciding between the over-worked life of a corporate Japanese salary man and a life of sanshoku hirune tsuki (Japanese lifestyle of “three meals and a nap”), it is no wonder that many women lack the determination to make it to the top of the Japanese corporate world. Takeshi Niinami, chief executive of Lawson Convenience Stores says, “In wealthy places like Tokyo many women simply do not wish to work”. Ms. Ariishi, president of Daiya Seiki, a manufacturer company, told the NY Times she goes home every evening at 7 to put her son to bed, but then returns to work. The burden of such long hours pushes most career-tracked women to quit before they reach management-level jobs.

The current president of Japan, Shinzō Abe recently announced that he wanted this to change. His new “Abenomics” strategy for Japan’s economic growth is centred on allowing Japanese women to thrive in the Japanese corporate world. This news was in strict contrast to his party’s stance just 8 years ago that empowering women in corporate would lead to a severe erosion of Japanese culture.

This abrupt philosophical shift is tied strongly to one of the major reasons women were shunned from management positions in the first place, the Japanese birth rate. In 2005 the already alarming birthrate dropped to 1.26 children per woman then, gradually rose to a still dismal 1.41 in 2012. The present and future economical solution to this problem is to add more bodies to the workforce namely largely unemployed Japanese women. Putting women to work, especially in high paying professional jobs away from the factory floor is seen as a convenient solution to this problem.

Indeed, President Abe plans to have Japanese women take-up at least 30% of leadership positions in Japan. These positions include both within government bodies and business corporations. To date this would be at the very least a 21% jump in the Japanese women’s overall participation in just 5 years. His plans to make this possible involve the privatization of currently overburdened state run daycare centres and not the quotas gaining support in China. Attitudes at the corporate top also seem to be changing. Sakie Fukushima, a director of business lobby group, Keizai Doyukai explained human-resources executives say in private that they would rather hire young women than men. But they are worried about wasted employee investments when they leave to raise children. While another corporate leader Mr Niinami of convenience-store giant Lawson Group says, Japan’s female 20-somethings now tend to be far more internationally minded than their male equivalents. These thoughts and ideas for further equality are now being echoed by many young Japanese men and mainstream Japanese media outlets.