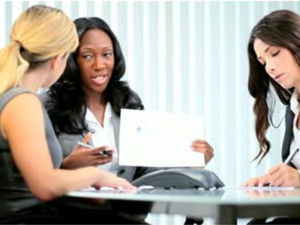 Last week’s event, Managing Identities: Being out at Work, brought to the UK by The Glass Hammer and hosted by Bank of America Merrill Lynch, gave a unique insight into the personal journeys that notable LGBT women in the financial and professional services have experienced being out at work and the difference coming out has made to their careers.

Nicki Gilmour, CEO of The Glass Hammer, kicked off the evening with a thought provoking snapshot of the latest research that she and her team are conducting around being “the L in LGBT” at work in financial services. Despite the rise of LGBT groups in companies and the increase of attention by the media on LGBT life in the world at large, out of about 100 people surveyed so far only 59% confirmed they were out at work.

The panel, craftfully moderated by Jane Hill of the BBC, began by inviting the five openly gay women from Bank of America Merrill Lynch, Goldman Sachs, Morgan Stanley, Nomura International, and Marsh USA to share their own journeys of coming out at work.

Coming Out at Work

When Sarah Walker, Executive Director of the Enterprise Data & Services Group and Global Head of Securities Reference Data; IT & Data Operations at Morgan Stanley, started work in Australia, she was “19, dating guys and still straight, had a boyfriend, but during that time I realised I wanted to see women.” During the process of coming out to her family and friends, she didn’t feel it was important to come out at work. On reflection, she felt she didn’t have any role models or examples of others coming out at work and didn’t really know how to handle the situation.

The answer? “It seemed easier to move companies than to come out.”  The good news is that it has gotten better for Walker since then. When she moved jobs, she decided she would be open about who she was immediately. “It changed from being a big deal to not a big deal, it was easier, and it was part of me then.”

Julia Hoggett, Head of Covered Bonds and FIG (Financial Institutions) Flow Financing EMEA and Head of Short Term Fixed Income Origination EMEA at Bank of America Merrill Lynch, was on drugs when she came out. She was recovering in hospital from spinal surgery on morphine and when her Managing Director visited her, she introduced her girlfriend. It was three days later that she realised she had just outed herself at work. Following the incident, Hoggett was asked to contribute more to the firm and join the gay and lesbian network. She really appreciated that endorsement early on in her career.

All of the panelists agreed how important it was that they had support from those they came out to at work. As Angela Best, EMEA Group Tax Controller at Nomura, put it, “It only takes one person to build on your confidence to come out.” Next the panelists considered how, as most firms have set up Allies programs, being LGBT can still be an issue. For the global community that we all operate in, it is. As Toni Mohammed, Client Manager at Marsh Inc., explained, “It is still illegal to be gay in Trinidad & Tobago,” and this is the crux of it. Similarly, Lale Topcuoglu, Portfolio Manager, Managing Director, Co-head of Global Investment Grade Portfolio Management, Goldman Sachs Asset Management, hasn’t had an issue about being gay at work and has found Goldman Sachs to be supportive, including having her CEO speak out publicly about marriage equality in the US. But she feels that there are legal issues that need to be addressed outside of work. “I only had to cross the river and my marriage was not recognised and I didn’t have the same rights over my kids,” she pointed out. For Mohammed, talking to clients was a continual challenge. She recalled, “You had to remember the lie you told one other person, to another person,” and she found herself deflecting a lot of the time before coming out to selective clients with whom she has long term relationships.

The panelists examined how Allies groups create a platform for LGBT issues to be understood, but they also provide an opportunity to build networks and ultimately business.

The panel discussed how education and awareness contribute to a more inclusive environment at work. This is achieved by stronger relationships with your co-workers. The need for role models at senior levels is very important. “If you are seen as a success, but not relatable to, then you are not necessarily going to be an accessible role model for women coming up through the ranks,” said Hoggett.

All felt it important that if you are in a senior level position you should be open and available for questions from women working through the ranks, and be frank of your achievements as an open gay woman as well. Hoggett continues, “You are only going to get ahead in this industry if you are good. The fact that you’re gay is one thing that makes up who you are, but it’s not the driving thing. You have to prove that you are effective. You have to put yourself forward and have people recognize what you have achieved, and that is something that women tend to gloss over.”

Finally, when asked if the panelists saw themselves as role models Mohammed answered that she “considers all the people before us as role models.” She has recently been asked to join the Marsh USA diversity council as a representative of the Pride group and feels it is “a great opportunity for a company like Marsh, to draw our business into the LGBT world as we are a huge market and can show everyone what we can bring to the table.”

Are you an LGBT woman working in the financial services in the UK? If so, please help us with upcoming research by taking our confidential and anonymous survey! Click here: http://www.surveygizmo.com/s3/882311/LGB-Workplace-Survey