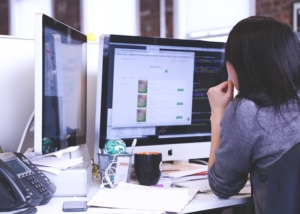 Tuesday marked The Glass Hammer’s biggest “women on the buy-side” investment management event so far – due in no small part to the turbulence and uncertainty in the capital markets, driven by the Dodd–Frank Wall Street Reform and Consumer Protection Act.

Moderated by journalist Heidi Moore, our panelists discussed how Dodd-Frank will impact the investment management field – regarding transparency, compliance, consolidation, and more – and what those changes mean for individuals in the industry, and their companies.

Moore opened the debate with a discussion of how the regulatory bill had evolved since reform was first being considered – and asked the panelists what Dodd-Frank’s biggest surprises were.

Engel replied, “The biggest surprise was the Volcker Rule saying that proprietary trading by banks should be prohibited.” Early on, she said, no one had thought that it was likely to be included. “The more banks lobbied against it,” she explained, “the harder the push back.”

Hurtsellers said she was surprised by how much Dodd-Frank left the industry to figure out. She said, “From our perspective, 70-80% of the implementation of the act is unanswered.”

She continued, “We still don’t know what it’s going to do to the cost of business.” She also discussed the impact of leaving GSE (Government-Sponsored Enterprise) reform, in large part, out of the act. “It’s the elephant in the living room,” she said.

Engel also pointed out that the legislation left a lot of terms undefined,and while there were going to be substantial reporting requirements, what is going to have to be reported is still unclear . “A lot of firms are going to be [working hard] to get the data the regulators will be requesting – and they don’t know yet what that data is.”

Changes, Challenges, and Opportunities Ahead

But, Biondo said, industry professionals need to view Dodd-Frank as a source of opportunity. “Anytime there is a significant change, there is an opportunity for us to make our mark and have a significant impact.” With so much of the implementation of the legislation left unclear, she said, “this is a real opportunity for everybody in this room to.. embrace [the changes], and lead the way.”

For example, Biondo said, with large investment banks spinning out hedge funds, leaders in those businesses can expect significant infrastructure challenges. But she said, “there are also significant differences in what you can trade,” in particular, foreign and tax-exempt products, which will have significant tax consequences.

“We see a lot of change, and a lot of opportunity,” she added.

Parisi agreed. “Dodd-Frank could have been named the full employment act for lawyers,” she said, to laughter in the audience.

She explained, “We are forward thinking about what are the consequences of these rules. The devil is in the details – and the legislation paints broad strokes.” Parisi continued, “The most interesting and fun part of my job is not about [determining] what the rules say, but asking, ‘How can I give my clients a competitive advantage?’.”

Miller continued, “We’re predicting a lot of M&A activity. This is a hugely diverse marketplace, and people are realizing they need more infrastructure. We’re anticipating a lot of large firms gobbling up small firms.”

She encouraged firms to get the lawyers and consultants they need now, rather than waiting until the last minute. She joked, “Finding good attorneys is tough. And it can’t be the guy who drew up your will.”

Hurtsellers agreed, “On the counterparty side of Investment Management, we are [also] looking at consolidation. With fewer counterparties, we are concerned with reduced liquidity and higher costs for instituting macro hedges .”

Parisi said she is anticipating many unintended consequences out of Dodd-Frank. For example, “there is an exception on prop trading for US government securities – but not foreign securities. We certainly wouldn’t want foreign governments to impose [similar prohibitions] on us.”

She continued, “Dodd-Frank regulated the last crisis, not the next crisis – and there is going to be another one. But in terms of cross-border harmonization of legislation, to some extent the US benefited by being early,” in regulatory reform.

Hurtsellers said that even though the legislation is causing headaches for many in the industry, she feels it also addressed some important problems. She said, “The intent to measure people who have skin in the game is great. One of the good things is that it really reduces predatory lending,” for example, outlawing prepayment fees and other registration fees.

New Expectations for Reporting and Transparency

“Investors and stakeholders want to know more,” said Biondo. In the the past, investors mainly asked about deadlines, forms, or other simple questions. Now, she said, “They want to know what tax controls are in place, the tax risks, how do I know one of the traders wont get me in trouble.”

Biondo said a lot of that complexity stems from tax changes following 9/11, regarding money laundering, and tax changes around the reporting side. “There is form after form asking about related investments, foreign investor information, US investors up the chain…” She continued, “It’s a lot more than tax rates going up – [the government] is looking at financial services as a means to raise revenue. We are seeing a lot of audits.”

Many of the panelists pointed out that the industry is further examining their linkages. Miller explained, “[Dodd-Frank] got the marketplace to think, ‘Exactly who are the counterparties?’ People are reading the fine print.”

Miller explained the impact of the legislation on the ‘unbundling of pricing’ as well. Many people simply didn’t know what they were paying for, she said. “And we’re seeing greater care taken with operational issues.”

Biondo saw the same thing on the tax side. She asked, “Do you have a tax compliance manual within your organization? What are the processes in order to capture tax data?”

Engel agreed, “The critical thing is that you have access to your data and information – that you’re able to look at it in different ways and deliver it to regulators.”

“You absolutely have to understand the risks you’re taking, and better access to data is necessary,” continued Hurtsellers.

Miller said, “The impact is different for everyone. …You have to have a plan. Data management is not a quick fix, and it’s harder to secure as new legislation comes up. And as this panel has indicated, no one knows yet what is really going to happen.”